Was a big fan of the silent film The Unknown (1927), probably partially because the movie took place in a circus, and Burt himself spent a lot of time early in his life in a circus. He once said that no scene in any movie affected him as emotionally as the one in this movie in which Lon Chaney learns that Joan Crawford does not love him. | According to Kate Buford in her biography "Burt Lancaster: An American Life," he felt competitive with Marlon Brando, who achieved stardom playing Stanley Kowalski on Broadway, a role Lancaster turned down. A Top 10 box-office success in the early 1960s, it was this sense of competition with Brando, who was known as both an actor's actor and a major movie star, that led Lancaster to plunge into art films and riskier fare such as Luchino Visconti's The Leopard (1963), in order to prove himself as an actor and be known as an artist rather than just a movie star. After this refocusing of his career, he slipped out of the Top 10 and never again was a major box office attraction. | In 1947 he was offered the role of Stanley Kowalski in the original Broadway production of "A Streetcar Named Desire" after first choice John Garfield was rejected due to his demands for a ownership percentage of the play. He turned down the role that went to Marlon Brando and made him a legend. | One of his demands was that he have a high bar set up on sets and locations so he could perform acrobatics and stay in shape. | Until undergoing emergency quadruple heart bypass surgery in 1983, he maintained the fantastic physical health he attained as an acrobat in his youth. He impressed many who knew him with his apparently enormous strength. | His son Bill Lancaster's screenplay for The Bad News Bears (1976) was based on his experience being coached by his father. Bill had been disabled by polio as a child, and according to friend Joel Douglas - the son of Kirk Douglas - the Tatum O'Neal character in the film, the odd kid out, was Bill. The coach played by Walter Matthau was based on Burt, who was known for his grumpiness. | Was forced by United Artists to make four films for $150,000 a picture in the 1960s: The Young Savages (1961), Birdman of Alcatraz (1962), The Train (1964) and The Hallelujah Trail (1965) rather than his normal fee of $750,000, because of cost overruns at his production company, Hecht-Hill-Lancaster, for which he was personally responsible. | Told Bruce Davison, his co-star in Ulzana's Raid (1972), of a practical joke he played on Kirk Douglas, who was several inches shorter than Lancaster: "I'll never forget the time we were getting ready for our big two-shot and I hid his lifts on him. He was so pissed!" | During World War II, he served as a member of the Special Services branch, entertaining troops. He was stationed in Italy for much of the war. | He and Kirk Douglas acted together in 7 movies: Victory at Entebbe (1976), Tough Guys (1986), Seven Days in May (1964), The List of Adrian Messenger (1963), I Walk Alone (1947), Gunfight at the O.K. Corral (1957) and The Devil's Disciple (1959) | He was not close friends with Kirk Douglas as was often perceived. The closeness of their friendship was largely fabricated by the publicity-wise Douglas, while, in reality, they were very competitive with each other and sometimes privately expressed a mutual personal disdain despite a mutual respect for their acting talents. | Joined Gregory Peck, James Stewart, Liza Minnelli, and Orson Welles in testifying against the colorization of old movies by Ted Turner in the mid 1980s. | Took a pay cut to make Castle Keep (1969), which he intended to be the ultimate anti-war film and an allegory for the Vietnam conflict. | Sidney Pollack says that up until 1975, when he was in his sixties, Burt Lancaster was still doing giant swings at the bar, smoked cigarettes, drank Martinis every night and jogged three times a week. 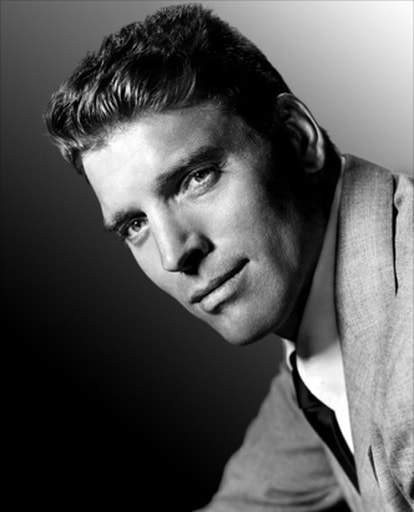 Lancaster performed as a circus acrobat in the 1930s. After serving in World War II, the 32-year-old Lancaster landed a role in a Broadway play and drew the attention of a Hollywood agent. His breakthrough role was the film noir The Killers in 1946 alongside Ava Gardner. A critical success, it launched both of their careers. In 1953, Lancaster played the illicit lover of Deborah Kerr in the military drama From Here to Eternity. A box office smash, it won eight Academy Awards, including Best Picture, and landed a Best Actor nomination for Lancaster. In 1956, he starred in The Rainmaker, with Katharine Hepburn, earning a Best Actor Golden Globe nomination, and in 1957 he starred in Gunfight at the O.K. Corral with frequent co-star Kirk Douglas. During the 1950s, his production company, Hecht-Hill-Lancaster, was highly successful, with Lancaster acting in films such as: Trapeze in 1956, a box office smash in which he used his acrobatic skills; Sweet Smell of Success (1957), a dark drama today considered a classic; Run Silent, Run Deep (1958), a WWII submarine drama with Clark Gable; and Separate Tables (1958), a hotel-set drama which received seven Oscar nominations.

In the early 1960s, Lancaster starred in a string of critically successful films, each in very disparate roles. Playing a charismatic biblical con-man in Elmer Gantry in 1960 won him the Academy Award and the Golden Globe for Best Actor. He played a Nazi war criminal in 1961 in the all-star, war-crime-trial film, Judgment at Nuremberg. Playing a bird expert prisoner in Birdman of Alcatraz in 1962, he earned the BAFTA Award for Best Foreign Actor and his third Oscar nomination. In 1963, Lancaster traveled to Italy to star as an Italian prince in the epic period drama The Leopard. In 1964, he played a US Air Force General who, opposed by a Colonel played by Kirk Douglas, tries to overthrow the President in Seven Days in May. Then, in 1966, he played an explosives expert in the western The Professionals.

In 1970, Lancaster starred in the box-office hit, air-disaster drama Airport. He experienced a career resurgence in 1980 with the crime-romance Atlantic City, winning the BAFTA for Best Actor and landing his fourth Oscar nomination. Starting in the late 1970s, he also appeared in television mini-series, including the award-winning Separate but Equal with Sidney Poitier. He continued acting into his late 70s, until a stroke in 1990 forced him to retire; four years later he died from a heart attack. His final film role was in the Oscar-nominated Field of Dreams.

Bio from From Wikipedia, the free encyclopedia​​


"Most people seem to think I'm the kind of guy who shaves with a blowtorch. Actually I'm bookish and worrisome."

[on Kirk Douglas] "We both came from, sort of, well, shall we say, humble beginnings. We were both young, brash, cocky, arrogant. We knew everything, were highly opinionated. We were invincible. Nobody liked us."