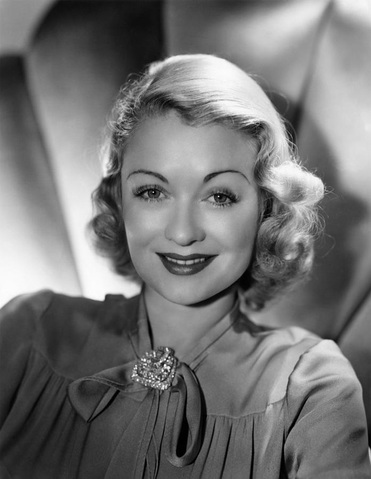 Constance Bennett was the eldest of three daughters born to theatrical luminary Richard Bennett and his wife, actress Adrienne Morrison. Though her father did everything he could to discourage her from pursuing an acting career, Constance was willful and rebellious almost from the moment of her birth. She tried to break away from Daddy’s influence by marrying at age 16, but the union was quickly annulled. At 17, Constance was signed to a Goldwyn movie contract on the strength of her family name. She treated her silent-film career as a lark, but along the way she developed a superb sense of comic timing and an instinctive gift for heavy dramatics.

After her second marriage in 1926, Constance left films in favor of the international “party set”; her third husband was the Marquis de la Falaise de la Coudray, a well-known playboy of questionable royal lineage who’d previously been married to Gloria Swanson. In the early 1930s, after the termination of this marriage, Constance returned to films, specializing in “fallen woman” roles before switching to light comedy in such films as The Affairs of Cellini (1934) and Topper (1937). At one point she was the highest paid actress in Hollywood.

In 1945 she became a producer, bankrolling a film titled Paris Underground, in which she co-starred with British musical favorite Gracie Fields. During the 1950s, Ms. Bennett appeared in numerous stage productions, and also ran a successful cosmetics firm. Constance’s fifth and longest-lasting husband, whom she married in 1946, was Brigadier General John Theron Couper (for the record, husband #4 was actor Gilbert Roland); at age 59, she died of a cerebral hemorrhage in the Walson Army Hospital at Fort Dix, New Jersey, where her husband was stationed. Constance Bennett was the sister of actresses Barbara and Joan Bennett, and the aunt of radio talk-show host Morton Downey Jr.

Available Films:
Trivia:
[on Marilyn Monroe] “There’s a broad with her future behind her.”

Accepted the role of Ellie Andrews in It Happened One Night (1934), but later turned it down when Columbia Pictures would not allow her to produce the film herself. Claudette Colbert was then given the part and went on to win the Best Actress Oscar for her performance.