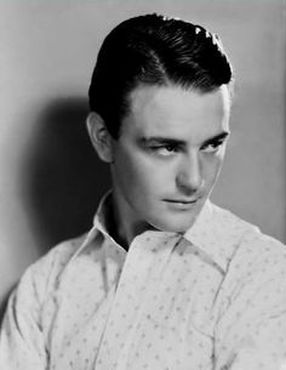 The son of a court reporter, actor Lew Ayres began his performing career upon high school graduation when he attempted to make a living as a banjo player. Ayres' college-boy good looks led to extra work in the movies, and before he was 21 the young actor was starring opposite Greta Garbo in The Kiss (1929).

Director Lewis Milestone, recognizing Ayres' natural talent and precocious self-confidence, cast him in the demanding role of disillusioned German soldier Paul Baumer in All Quiet on the Western Front (1930), an intensely powerful antiwar film which went on to win an Academy Award. Ayres was superb, but his gentle demeanor and callow handsomeness resulted in his being stereotyped in film roles as a spoiled rich boy (though one of these roles, as Katharine Hepburn's perennially drunken younger brother in Holiday (1938), was among the actor's best work).

Ayres' star status was boosted in 1938 when he was hired to play Dr. Kildare in MGM's long-running series of Kildare B-pictures. After appearing in nine Kildare films, he declared himself a conscientious objector and refused to bear weapons when called upon to serve in World War II; the actor was publicly perceived to be a coward, and MGM dropped his contract. After the war, the public learned of Ayres' bravery under fire as a non-combatant medical corpsman, and he was permitted to resume his career.

He continued to work in character roles throughout the 1950s, 1960s, 1970s, and 1980s; he even portrayed one of Mary Richards' dates on a 1976 episode of The Mary Tyler Moore Show. As active socially as he was professionally, Ayres was married three times; his second wife was Ginger Rogers. Two days after celebrating his 88th birthday, Ayres died in his sleep in his Los Angeles home.

Trivia:
Following his death, he was interred next to Frank Zappa at Westwood Village Memorial Park Cemetery in Los Angeles, California.

Had portrayed the title character for the syndicated radio show "The Story of Dr. Kildare" (1950-1951).

Big Band musician before becoming an actor. His instruments were tenor banjo, long-neck banjo and guitar.

He was a conscientious objector during World War II, which made him rather unpopular at the studio.

"To me, war was the greatest sin. I couldn't bring myself to kill other men."
Explore the simpler time of yesteryear...
A time when men and women were truly glamorous. A time when you could watch any movie with your children and not have to worry about gratuitous sex or violence – yet enjoy all the lustful inferences and edge-of-your-seat suspense.
Welcome to The Timeless Theater!
We're in the process of identifying which of our films are in the Public Domain, and offering these for sale on DVD.
​Please stay Tuned...!
Check out our new Film Noir Collection:
Coffee Mugs!
Phone Cases!
iPad Cases!
More coming soon!