She was awarded a Star on the Hollywood Walk of Fame at 6733 Hollywood Boulevard in Hollywood, California on February 8, 1960. | Supposedly her own beautiful voice was dubbed in The Helen Morgan Story (1957) by singer Gogi Grant because it was too classically-trained and high-pitched. | Blyth caused jaws to drop and eyebrows to raise at the 1954 Oscar broadcast when she sang Doris Day's nominated (and eventual winning) song "Secret Love" from the movie Calamity Jane (1953) while seven months pregnant. | In the 1950s, she was a member of the inspirational group The Christophers in which its mission was to use positive action to create a better world in such areas as political fairness, aiding the poor and sick, and helping those with addictions to alcohol and drugs. Other members included Loretta Young, Irene Dunne, Ricardo Montalban, Don Ameche, James Cagney and Bob Hope. | Appeared with Donald O'Connor in four films: Bowery to Broadway (1944), Chip Off the Old Block (1944), The Merry Monahans (1944) and The Buster Keaton Story (1957). | Blyth broke her back while tobogganing in Snow Valley not long after Mildred Pierce (1945) was released nationwide. She endured a six-month convalescence. | She may be best remembered for her portrayol of Veda Pierce, the scheming, ungrateful daughter of Joan Crawford in "Mildred Pierce" (1945). This won her a nomination for an Academy Award for Best Supporting Actress. 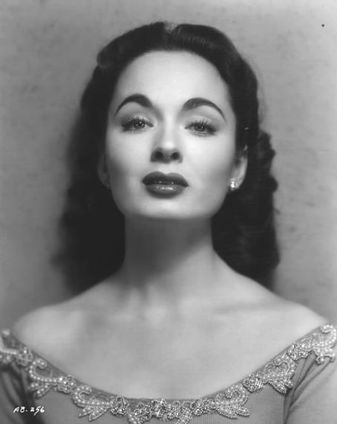 A radio singer at age 5, American actress Ann Blyth studied for an operatic career, making her debut in this endeavor with the San Carlo Opera Company. In 1943, at age 15, Ann was playing Paul Lukas’ daughter in the Broadway production Watch on the Rhine; two years later she was under contract to Universal studios as the latest in that company’s “threats” against their recalcitrant resident soprano Deanna Durbin. Blyth wasn’t given anything close to a chance to show her talents until she was cast as Joan Crawford’s hateful daughter Veda in Mildred Pierce (1945). For this performance, which ran the gamut from thinly veiled insults addressed at Crawford to the murder of her mother’s paramour (Zachary Scott), she was nominated for an Academy Award.

After recovering from a back injury, Blyth worked ceaselessly in films, alternating between sappily sweet parts in such fluff as Free for All (1949) and Sally and St. Anne (1951) and tougher assignments like the white-hot truculence expended in her portrayal of Regina Hubbard in Another Part of the Forest (1948). Perhaps the most off-kilter of her starring roles was in Mr. Peabody and the Mermaid (1948) wherein she played the female half of the title, spending much of the film in a state of (implied) toplessness. In 1954, she was finally permitted to display her beautifully trained voice in such musicals as The Student Prince (1954), Rose Marie (1955) and Kismet (1956). But when called upon to play a real-life songstress in The Helen Morgan Story (1957), she was dubbed by Gogi Grant! Helen Morgan Story was Blyth’s final film role; she spent the rest of her career on stage, TV and in concert - and, in the late 1970s, she showed up as the surprisingly domesticated spokesperson for Hostess Cupcakes.


“As an actress, I have always believed that the truer challenge, the deeper obligation, begins after the the camera stops. My role as a woman in my community and in my home has always overshadowed the excitement of any part I have ever played on stage or screen.”

“Everything is fine until the minute I walk on the set for my first shot. Then my knees sort of buckle, perspiration trickles out on my forehead and my tongue seems to stick to the roof of my mouth.”
​
​— Ann Blyth