Was named Max Factor's "Girl of the Year" for 1939. | Was used as a body double (hands, legs, shoulders) while at Paramount. | Was Frank Capra's first choice for the role of Ann Mitchell in Meet John Doe (1941), but she was vetoed by Warner Brothers in a contract dispute. | Due to her being known as "The Oomph Girl", she later became the inspiration for the brand of woman's house-slippers called "Oomphies". | Was awarded a Star on the Hollywood Walk of Fame at 7024 Hollywood Blvd. on 2/8/60. | After making San Quentin (1937), in which they played brother and sister, she and Humphrey Bogart became friends and began referring to each other as "Sister Annie" and "Brother Bogie". | She was the original choice for Panama Smith in The Roaring Twenties (1939), which eventually went to Gladys George. | In 1952 she was included by the Fashion Academy of New York in the eight best dressed women of America. | Warner Bros. was eager to portray her as a "Girl about town", so her contract demanded that she hit the nightclubs at least three times a week. | According to an article in "The Newark Evening News", she kept busy during her 1941 strike from Warner Bros. by rebuilding abandoned cars at a friend's garage. | Was considered for the role of Ilsa Lund in Casablanca (1942), but Ingrid Bergman was cast instead. | Was considered for the role of Scarlett O'Hara in Gone with the Wind (1939), which went to Vivien Leigh. | Wwas considered for the female lead role in Mildred Pierce (1945), which went to Joan Crawford. | Ann Sheridan served in the USO in World War II, including "flying over the hump" from India to China. 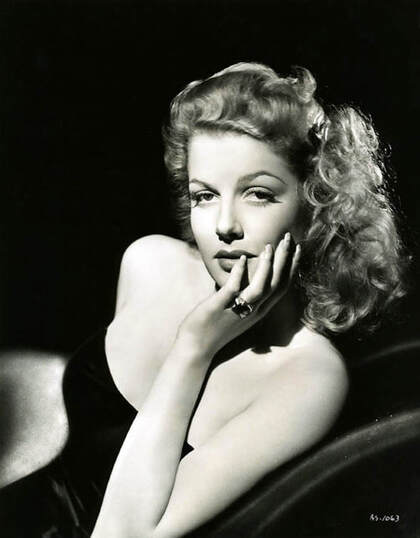 Ann Sheridan was born Clara Lou Sheridan, the name under which she was billed in 1934 and part of 1935. At 18 she won a “Search for Beauty” contest, and was rewarded with a bit part in a film by that name (1934). Signed to a contract, she appeared in small roles in more than 20 films throughout the next two years. She changed her first name and, in 1936, switched studios to Warner Bros., which launched a publicity campaign hyping her as the sexy “Oomph Girl.” Sheridan went on to a very busy career in better roles, usually cast as a wise, practical girl; her work in King’s Row (1942) best demonstrated her acting ability and opened the door to a wider variety of parts.

She grew into a leading star who could adapt to any role. She was put into a lot of comedies, many of which were quite forgettable, but the public loved her, and critics began to take notice of her after terrific performances in Torrid Zone (1940) and as the saucy waitress who marries George Raft in They Drive by Night (1940). She was also singled out for another standout performance in Kings Row (1942) with future politician Ronald Reagan. She starred with Cary Grant in Howard Hawks screwball comedy I Was a Male War Bride (1949). As she entered the 1950s, however, her career went into a decline. She was aging -- as was sadly evident in her last film, the turgid Woman and the Hunter (1957) -- and a crop of younger actresses coming up meant her services were no longer in demand.

She moved to New York and took whatever acting jobs she could find, whether on stage or TV. Most soap opera fans may remember her in Another World (1964), but she is best remembered by TV audiences as Henrietta Hanks in the western comedy Pistols ‘n’ Petticoats (1966). Her career was taking off again, but the success was short-lived. Ann died on January 21, 1967, in San Fernando Valley, California, of cancer. She didn’t get to live out her series’ first season. She was 51.


"I used to go to Grauman's Chinese or Pantages and sit there waiting to see my faceless body on the screen. Texas began to look awfully near and awfully good, and "Clara Lou" had a sweet sound to my ears."

"I can whistle through my fingers, bulldog a steer, light a fire with two sticks, shoot a pistol with fair accuracy, set type, and teach school . . ."

"They nicknamed me "The Oomph Girl", and I loathe that nickname! Just being known by a nickname indicates that you're not thought of as a true actress . . . It's just crap! If you call an actress by her looks or a reaction, then that's all she will ever be thought of as."

[on Errol Flynn] "He was one of the wild characters of the world, but he had a strange, quiet side. He camouflaged himself completely. In all the years I knew him, I never really knew what lay underneath and I doubt if many people did."