Became one of Universal's top serial queens of the early 1940s. | Her career had evaporated by 1957, and the rest of her years were marred by unhappiness and alcoholism. She died of liver cancer in 1966 at age 50 with no children or surviving relatives. | Her parents initially encouraged her to become a nun, but an interest in modeling and dance led her to acting and she got several bit parts in films as a chorine. | She met her first husband, leading man Ross Alexander, in Here Comes Carter (1936). They married in September of 1936, only nine months after the suicide of Alexander's second wife, actress Aleta Friele. Still desolate over his late wife's death, his homosexuality and his own career problems, Alexander shot himself to death on 1/2/37. 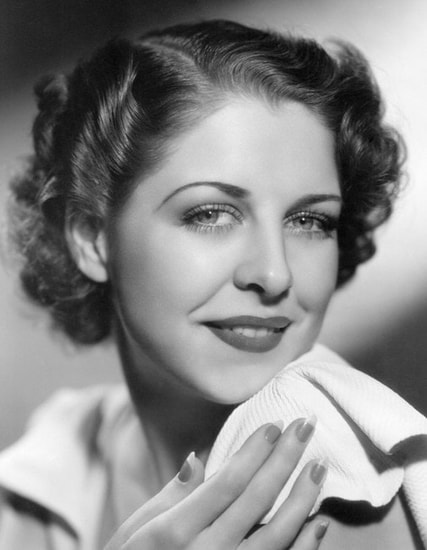 Anne Nagel's life could be summed up in two words: pretty miserable. Born to devoutly religious Bostonian parents who had long encouraged her to become a nun, she had been enrolled in a preparatory school for just that purpose.

As a young teenager, she worked part time as a photographer's model, and by her mid-teens she had become more interested in a life in Hollywood than in a convent and had joined a Boston theater company. By this time, her mother had remarried and her new stepfather, a Technicolor expert, had been hired by Tiffany Studios, a bottom-rung Poverty Row studio.

The family journeyed to California, and Anne's first film experience was in several Technicolor experimental shorts directed by her stepfather. She soon graduated to features as a dancer. Her striking beauty and pleasant voice made her a natural for talkies. She landed a contract at Warner Brothers and made her film debut in 1932, enjoying a string of steady, if unspectacular, roles in lower- and medium-budget pictures.

Life began to unravel for Nagel in 1936 when she married actor Ross Alexander. Alexander committed suicide in 1937, and it affected Nagel deeply. Universal, with whom she was under contract by 1941, placed her in several serials and featured her in several of its lower-rank horror pictures and B westerns. She soon left Universal and struck out on her own, but unfortunately she was able to land roles only at Poverty Row studios such as Republic, Monogram, and the nadir of the film industry, PRC.

Ironically, her last film, Armored Car Robbery (1950), a taut, highly regarded little thriller now considered a classic of the genre, was easily the best picture she had done in years, and a good one to go out on. She had married an Army Air Corps officer, James H. Keehan, in 1941, but the marriage was increasingly unhappy and they divorced in 1951. Stories spread about her having an alcohol problem, and she spent the last years of her life virtually penniless. Sadly, she died from cancer on July 6, 1966, at only 50 years of age.