Her stage name was inspired by a theatrical poster that read "Jane Stanwyck in 'Barbara Frietchie.'". | In 1944, when she earned $400,000, the government listed her as the nation's highest-paid woman. | Often called "The Best Actress Who Never Won an Oscar." | Her role as Phyllis Dietrichson in Double Indemnity (1944) was ranked #8 on the American Film Institute's "100 Greatest Screen Heroes and Villains" list. The performance also was ranked #98 on Premiere Magazine's 100 Greatest Performances of All Time list (2006) and #58 on Premiere Magazine's 100 Greatest Movie Characters of All Time list. | Her stormy 7 year marriage to Frank Fay finally ended after a drunken brawl, during which he tossed their adopted son, Dion, into the swimming pool. Their divorce was finalized on December 30, 1935. The couple had adopted Dion on December 5, 1932. Dion (born John Charles Greene, February 5, 1932, Los Angeles County, California - died May 17, 2006, Van Nuys, Los Angeles County, California) became permanently estranged from Stanwyck in February 1951, when he was 19 years old; the rift never healed. | Picked up the starring role in Ball of Fire (1941) after Ginger Rogers dropped out. | On October 27, 1981, Stanwyck was awakened by a burglar at 1:00 in the morning. She was hit on the head with an unknown object then forced into a closet while the intruder ransacked the house and got away with $5,000 worth of jewels. She was treated for minor head wounds at Cedars-Sinai Medical Center and released the next day. Four years later, in 1985, the house was destroyed in a fire. She expressed upset at losing personal keepsakes, including love letters from Robert Taylor. | She was replaced by Susan Hayward in Heat of Anger (1972), which was to have been a pilot for a prospective TV series to be called "Fitzgerald and Pride.". | Was best friends for many years with Frank Sinatra's first wife, Nancy. | A Star Is Born (1937) starring Janet Gaynor and Fredric March is said to be modeled after Stanwyck's rise to stardom and first husband Frank Fay's descent into obscurity. | William Holden was considered to be too lightweight for the lead role in Golden Boy (1939), but Stanwyck urged producers to keep him in the picture and it was through her efforts he was kept in the picture, and the role made him a star. In 1978, at the The 50th Annual Academy Awards (1978), before starting the presentation of the sound award, Holden publicly thanked her for what she did. She nearly broke down in tears and kissed Holden, and the exchange received thunderous audience applause. | Planned to play the lead in Mildred Pierce (1945), but Joan Crawford was faster and got the role. | Throughout her career she was known for her kindness and patience with younger performers. Marilyn Monroe, who worked with Stanwyck in the 1952 film Clash by Night (1952) said that Stanwyck was the only member of Hollywood's older generation who was kind to her. | When she was awarded an Honorary Oscar for lifetime achievement, the statuette was presented to her by John Travolta who later confessed that the experience was his supreme Oscar moment. Stanwyck had been a Travolta family favorite for years. [1982] | She twice played a character named Jessica Drummond in two completely different movies: My Reputation (1946) and Forty Guns (1957). | Lived near Joan Crawford during her marriage to Frank Fay. According to Christina Crawford, between 1932 and 1934, Stanwyck would escape from the alcoholic and volatile Fay when things got too hot by scaling a fence on their property. She would stay with Crawford, who lived across the street, until the heat died down. Stanwyck and Crawford had been friends since the days when they were single young actresses and remained friends until Crawford's death. | Was considered for the role of Scarlett O'Hara in Gone with the Wind (1939). | In a first season episode of The Big Valley (1965) (called "Tunnel of Gold"), Stanwyck's character, Victoria Barkley, explained that she lost both of her parents as a young child, and was raised in a foster home. Years later, Stanwyck explained it written that way because the exact same thing had happened to her as a child. | Three comedies that she starred-in in 1941: Meet John Doe (1941), Ball of Fire (1941) and The Lady Eve (1941) were Oscar nominated for Best Story, but none of them won the award. | She appeared in four films that have been selected for the National Film Registry by the Library of Congress as being "culturally, historically or aesthetically" significant: Baby Face (1933), The Lady Eve (1941), Ball of Fire (1941) and Double Indemnity (1944). | In his autobiography, Cecil B. DeMille wrote that, among the actresses he directed, Barbara Stanwyck was his favorite. He said, "Barbara's name is the first that comes to mind, as one on whom a director can always count to do her work with all her heart.". 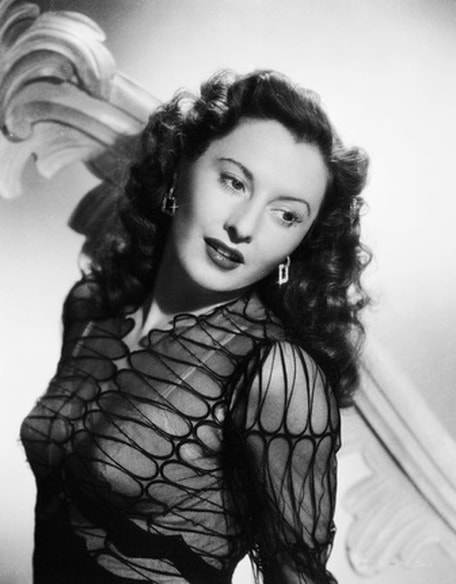 Barbara Stanwyck was born Ruby Catherine Stevens on July 16, 1907, in Brooklyn, New York, to working class parents Catherine Ann (McPhee) and Byron E. Stevens. Her father, from Massachusetts, had English ancestry, and her Canadian mother, from Nova Scotia, was of Scottish and Irish descent. Stanwyck went to work at the local telephone company for fourteen dollars a week, but she had the urge (a dream--that was all it was) somehow to enter show business. When not working, she pounded the pavement in search of dancing jobs. The persistence paid off. Barbara was hired as a chorus girl for the princely sum of $40 a week, much better than the wages she was getting from the phone company. She was seventeen, and was going to make the most of the opportunity that had been given her.

In 1928 Barbara moved to Hollywood, where she was to start one of the most lucrative careers filmdom had ever seen. She was an extremely versatile actress who could adapt to any role. Barbara was equally at home in all genres, from melodramas, such as Forbidden (1932) and Stella Dallas (1937), to thrillers, such as Double Indemnity (1944), one of her best films, also starring Fred MacMurray (as you have never seen him before). She also excelled in comedies such as Remember the Night (1940) and The Lady Eve (1941). Another genre she excelled in was westerns, Union Pacific (1939) being one of her first and TV's The Big Valley (1965) (her most memorable role) being her last. In 1983, she played in the ABC hit mini-series The Thorn Birds (1983), which did much to keep her in the eye of the public. She turned in an outstanding performance as Mary Carson.

Barbara was considered a gem to work with for her serious but easygoing attitude on the set. She worked hard at being an actress, and she never allowed her star quality to go to her head. She was nominated for four Academy Awards, though she never won. She turned in magnificent performances for all the roles she was nominated for, but the "powers that be" always awarded the Oscar to someone else. However, in 1982 she was awarded an honorary Academy Award for "superlative creativity and unique contribution to the art of screen acting." Sadly, Barbara died on January 20, 1990, leaving 93 movies and a host of TV appearances as her legacy to us.

"I'm a tough old broad from Brooklyn. I intend to go on acting until I'm ninety and they won't need to paste my face with make-up."

[referring to director Frank Capra] "Eyes are the greatest tool in film. Mr. Capra taught me that. Sure, it's nice to say very good dialogue, if you can get it. But great movie acting - watch the eyes!"

[in 1939 on the fact that her fiancé, Robert Taylor, was four years younger than she] "The boy's got a lot to learn and I've got a lot to teach."

"My only problem is finding a way to play my fortieth fallen female in a different way from my thirty-ninth."