While making a personal appearance at a Chicago hotel, several thousand dollars' worth of jewelry was stolen from Daniels' hotel room. A longtime fan of Daniels, gangster Al Capone heard about this and put out the word that whoever stole the jewelry had 24 hours to return it "or else". The jewelry was returned the next day. | She had two children, a daughter Barbara and an adopted son, Richard Lyon. She became a singer for British Columbia records and he became London's top disc jockey and later with his mother operated an interior decorating and antique studio. | Her movie The Speed Girl (1921) was made to capitalize on her ten-day jail sentence for multiple speeding tickets. The movie's poster shows her walking out of a jail cell. | Her "vamp" role in Cecil B. DeMille's Why Change Your Wife? (1920) brought her enormous popularity and respect as a dramatic actress. | She passed away eight days after Harold Lloyd's death, her frequent co-star in many films during her early career. Following her death, her remains were cremated at London's Golders Green Crematorium and her ashes returned to the United States; she was interred at the Chapel Columbarium at Hollywood Forever Cemetery in Los Angeles, California. | She was awarded a Star on the Hollywood Walk of Fame at 1716 Vine Street in Hollywood, California on February 8, 1960. | Harold Lloyd was her first date. 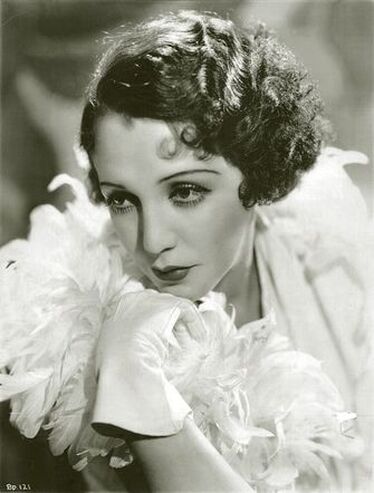 At 14 she was already a film veteran, and was enlisted by Hal Roach to star as Harold Lloyd's leading lady in his "Lonesome Luke" shorts, distributed by Pathe. Lloyd fell hard for Bebe and seriously considered marrying her, but her drive to pursue a film career along with her sense of independence clashed with Lloyd's Victorian definition of a wife. The two eventually broke up but would remain lifelong friends.

Bebe was sought out for stardom by Cecil B. DeMille, who literally pestered her into signing with Paramount. Unlike many actors, the arrival of sound posed no problem for her; she had a beautiful singing voice and became a major musical star, with such hits as Rio Rita (1929) and 42nd Street (1933). In 1930 she married Ben Lyon, with whom she went to England in the mid-'30s, where she became a successful West End stage star.

She and her husband also had their own radio show in London, and became the most popular radio team in the country--especially during World War II, when they refused to return to the US and stayed in London, broadcasting even during the worst of the "blitz".

They later appeared in several British films together as their radio characters. Her final film was one in that series, The Lyons Abroad (1955).

"All during the war, we kept saying, Ben [husband Ben Lyon] and I, that when it was over, we would come back to Hollywood. But now we've been here, and we just have to be honest, this is no longer home. Home is back in London, because we went through the bombings with them."

"Believe me, jail is no joke. Still it isn't as terrible as I anticipated. I'm not surrounded by murderers and bandits. Why, there aren't any cooties, even. I thought all jails had 'em."