While she was the star pupil at John Murray Anderson's Dramatic School in New York, another of her classmates was sent home because she was "too shy". It was predicted that this girl would never make it as an actress. The girl was Lucille Ball. | When Bette learned that her new brother-in-law was a recovering alcoholic, she sent the couple a dozen cases of liquor for a wedding present. | Humphrey Bogart was in her first film Bad Sister, but Davis disliked him from the start, and nothing changed her opinion in later years, even when they did good work together. | She said the biggest mistake of her career was turning down the role of Blanche in the original stage production of A Streetcar Named Desire. She had just had her baby and didn't want to go to New York. Interestingly Vivien Leigh won the Oscar for this part as well as for another Bette "almost" role Gone With The Wind. | She thought Toys in the Attic by Lillian Hellman would have been the perfect vehicle for her and Katharine Hepburn. | Had a legendary feud with Joan Crawford which reached its nadir when she said, "The best time I ever had with Joan in a film was when I pushed her down the stairs in What ever happened to Baby Jane?" | In Marked Woman (1937), Davis is forced to testify in court after being worked over by some Mafia hoods. Disgusted with the tiny bandage supplied by the makeup department, she left the set, had her own doctor bandage her face more realistically, and refused to shoot the scene any other way. | After the song "Bette Davis Eyes" became a hit single, she wrote letters to singer Kim Carnes and songwriters Donna Weiss and Jackie DeShannon, asking how they knew so much about her. One of the reasons Davis loved the song is that her granddaughter heard it and thought it "cool" that her grandmother had a hit song written about her. | Joan Crawford and Davis had feuded for years. During the making of What Ever Happened to Baby Jane? (1962), Bette had a Coca-Cola machine installed on the set due to Crawford's affiliation with Pepsi (she was the widow of Pepsi's CEO). Joan got her revenge by putting weights in her pockets when Davis had to drag her across the floor during certain scenes. | Declined a role in 4 for Texas (1963) (which turned out to be a big hit) to do Dead Ringer (1964) (which turned out to be a big flop). | Had a long-running feud with Miriam Hopkins due to her affair with Hopkins' husband, director Anatole Litvak, as well as Davis' getting many roles that Hopkins wanted. | Played dual roles of twin sisters in two movies: A Stolen Life (1946) and Dead Ringer (1964). | She intimidated Marilyn Monroe so badly on the set of All About Eve that Monroe went into the bathroom to vomit after her scenes with Davis. After one particular scene Davis whispered to her other co-stars-- within poor Marilyn's hearing-- "That little blonde slut can't act her way out of a paper bag! She thinks if she wiggles her ass and coos away, she can carry her scene-- well, she can't!" | Was originally offered the role of Sandra Kovak, the hot-tempered talented pianist, in The Great Lie (1941). However Davis declined, instead giving the part to her good friend Mary Astor in order to take on the less showier role of Maggie Patterson as she knew that it would make Astor, whose career had not fully recovered due to the transition from silent films to "talkies", a huge star. Davis was right, as Astor went on to win the Best Supporting Actress Oscar for her performance. 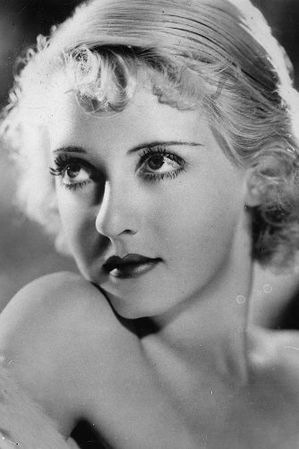 After graduation from Cushing Academy, she was refused admittance to Eva Le Gallienne's Manhattan Civic Repertory. She enrolled in John Murray Anderson's Dramatic School and was the star pupil. She was in the off-Broadway play "The Earth Between" (1923), and her Broadway debut in 1929 was in "Broken Dishes". She also appeared in "Solid South". Late in 1930, she was hired by Universal, where she made her first film, called Bad Sister (1931). When she arrived in Hollywood, the studio representative who went to meet her train left without her because he could find no one who looked like a movie star. An official at Universal complained she had "as much sex appeal as Slim Summerville" and her performance in "Bad Sister" didn't impress.

In 1932, she signed a seven-year deal with Warner Brothers Pictures. Her first film with them was The Man Who Played God (1932). She became a star after this appearance, known as the actress that could play a variety of very strong and complex roles. More fairly successful movies followed, but it was the role of Mildred Rogers in RKO's Of Human Bondage (1934) that would give Bette major acclaim from the film critics. She had a significant number of write-in votes for the Best Actress Oscar, but didn't win. Warner Bros. felt their seven-year deal with Bette was more than justified. They had a genuine star on their hands. With this success under her belt, she began pushing for stronger and more meaningful roles. In 1935, she received her first Oscar for her role in Dangerous (1935) as Joyce Heath.

In 1936, she was suspended without pay for turning down a role that she deemed unworthy of her talent. She went to England, where she had planned to make movies, but was stopped by Warner Bros. because she was still under contract to them. They did not want her to work anywhere. Although she sued to get out of her contract, she lost. Still, they began to take her more seriously after that.

Returning after losing her lawsuit, her roles improved dramatically. In 1938, Bette received a second Academy Award win for her work in Jezebel (1938) opposite the soon-to-be-legendary Henry Fonda. The only role she didn't get that she wanted was Scarlett O'Hara in Gone with the Wind (1939). Warners wouldn't loan her to David O. Selznick unless he hired Errol Flynn to play Rhett Butler, which both Selznick and Davis thought was a terrible choice. It was rumored she had numerous affairs, among them George Brent and William Wyler, and she was married four times, three of which ended in divorce. She admitted her career always came first.

She made many successful films in the 1940s, but each picture was weaker than the last and by the time her Warner Brothers contract had ended in 1949, she had been reduced to appearing in such films as the unintentionally hilarious Beyond the Forest (1949). She made a huge comeback in 1950 when she replaced an ill Claudette Colbert in, and received an Oscar nomination for, All About Eve (1950). She worked in films through the 1950s, but her career eventually came to a standstill, and in 1961 she placed a now famous Job Wanted ad in the trade papers.

She received an Oscar nomination for her role as a demented former child star in What Ever Happened to Baby Jane? (1962). This brought about a new round of super-stardom for generations of fans who were not familiar with her work. Two years later, she starred in Hush...Hush, Sweet Charlotte (1964). Bette was married four times.

In 1977 she received the AFI's Lifetime Achievement Award and in 1979 she won a Best Actress Emmy for Strangers: The Story of a Mother and Daughter (1979). In 1977-78 she moved from Connecticut to Los Angeles and filmed a pilot for the series Hotel (1983), which she called Brothel. She refused to do the TV series and suffered a stroke during this time.

Her last marriage, to actor Gary Merrill, lasted ten years, longer than any of the previous three. In 1985, her daughter Barbara Davis ("B.D.") Hyman published a scandalous book about Bette called "My Mother's Keeper." Bette worked in the later 1980s in films and TV, even though a stroke had impaired her appearance and mobility. She wrote a book, "This 'N That", during her recovery from the stroke. Her last book was "Bette Davis, The Lonely Life", issued in paperback in 1990. It included an update from 1962 to 1989. She wrote the last chapter in San Sebastian, Spain.

Sadly, Bette Davis died on October 6, 1989, of metastasized breast cancer, in Neuilly-sur-Seine, Hauts-de-Seine, France. Many of her fans refused to believe she was gone.

"To fulfill a dream, to be allowed to sweat over lonely labor, to be given the chance to create, is the meat and potatoes of life."

"If Hollywood didn't work out, I was prepared to be the best secretary in the world."

"I certainly would have given anything to have worked with John Wayne. He's the most attractive man who ever walked the earth, I think."