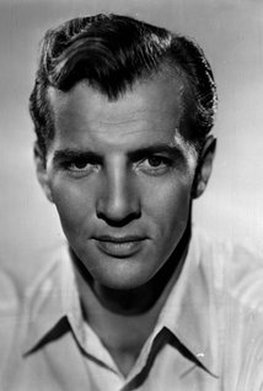 Herman Brix was a star shot-putter in the 1928 Olympics. After losing the lead in MGM's Tarzan the Ape Man (1932) due to a shoulder injury, he was contracted by Ashton Dearholt for his independent production of The New Adventures of Tarzan (1935), a serial and the only Tarzan film between the silents and the 1960s to present the character accurately, as a sophisticated, educated English nobleman who preferred living in the jungle and was able to speak directly with animals in their own language.

He subsequently found himself typecast and confined to starring roles in other serials and character and even bit parts in poverty row features and two-reeler comedies. After starring in the Republic Pictures serial Hawk of the Wilderness (1938) as the Tarzan-like Kioga, he dropped out of films for a few years, took acting lessons, and changed his name to Bruce Bennett.

He made many movies after that, gaining fame as a leading man in many Warners products. In 1960, he retired from acting and went into business, becoming sales manager of a major vending machine company, making only occasional TV guest appearances. A reclusive man, he eschewed interviews, although he did appear at one Burroughs-oriented convention in the 1970s and discussed some of his experiences during the making of his Tarzan serial. In 2001, he allowed himself to be interviewed for a slender biography by a Mike Chapman, and held signings at local bookstores, enjoying his "rediscovery" by the general public in the few years remaining before his death.

Available Films:
Trivia:
Moved to Los Angeles in 1929 after being invited to compete for the Los Angeles Athletic Club and became friends with actor Douglas Fairbanks Jr., who arranged a screen test for him at Paramount.

Broke his shoulder while filming Touchdown! (1931), which cost him the role of MGM's Tarzan, which went to Olympic swimmer Johnny Weissmuller. The injury also caused him to fail to qualify for the 1932 Olympic trials while holding the world record for shot put.

[About his role in The Treasure of the Sierra Madre (1948)] "I wish I would have had more to do in the film. I hated to get killed so soon."

[In a 1988 interview] "I feel very sincerely that age isn't computable by number of years. It is truly only a state of mind. We know many young people of 90 and old people of 20. By my mind, I'm still young!"