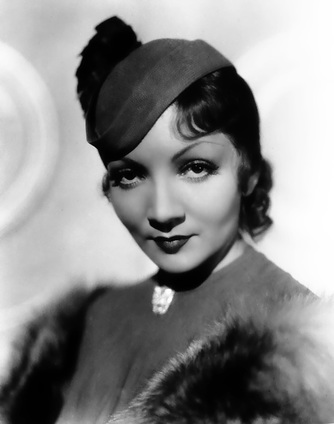 Paris-born actress Claudette Colbert was brought to New York at the age of seven by her banker father. She planned an art career after high school graduation, studying at the Art Student’s League. Attending a party with actress Anne Morrison, the 18-year-old was offered a three-line bit in Morrison’s new play The Wild Westcotts. That ended her art aspirations, and Colbert embarked on a stage career in 1925, scoring her first big critical success in the 1926 Broadway production of The Barker, in which she played a duplicitous snake charmer. One year later, the actress made her first film at Long Island’s Astoria studio, For the Love of Mike (1927), but the film was unsuccessful and she enjoyed neither the experience nor her young director, Frank Capra. So back she went to Broadway, returning to films during the talkie revolution in The Hole in the Wall (1929), which was also the movie-speaking debut of Edward G. Robinson. Once again, Colbert disliked film acting; but audiences responded to her beauty and cultured voice, so she forsook the stage for Hollywood.

Colbert expanded her range as a street-smart smuggler’s daughter in I Cover the Waterfront and in the pioneering screwball comedy Three-Cornered Moon (both 1933), but it was for a role she nearly refused that the actress secured her box-office stature. Virtually every other actress in Hollywood had turned down the role of spoiled heiress Ellie Andrews in Columbia’s It Happened One Night (1934), and when director Frank Capra approached an unenthusiastic Colbert, she wearily agreed to appear in the film on the conditions that she be paid twice her normal salary and that the film be completed before she was scheduled to go on vacation in four weeks. Colbert considered the experience one of the worst in her life -- until the 1935 Academy Awards ceremony, in which It Happened One Night won in virtually all major categories, including a Best Actress Oscar for her. Later in her career, she hoped to jump-start her career in the role of Margo Channing in All About Eve, but those plans were squelched when she injured her back and had to relinquish the character to Bette Davis.

In 1961, she returned to Hollywood as Troy Donahue’s mother in Parrish. It would be her last film appearance until the 1987 TV movie, The Two Mrs. Grenvilles -- in which she far outclassed her material. Still a prominent figure in the Hollywood hierarchy, Colbert retired to her lavish home in California, where she frequently entertained her old friends Ronald and Nancy Reagan. Claudette Colbert died in 1996 in Bridgetown, Barbados, at the age of 92.

Available Films:
Trivia:
Most shots of her in her films were of her left profile. She considered her left side to be her best and only rarely allowed full face or right profile shots; an injury to her nose had created a bump on the right. Once an entire set had to be rebuilt so she would not have to show her right side, resulting in some cameramen calling the right side of her face “the dark side of the moon”.