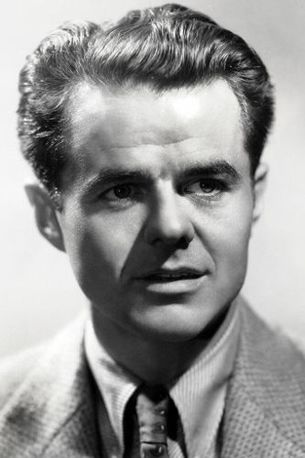 American actor Elisha Cook Jr. was the son of an influential theatrical actor/writer/producer who died early in the 20th Century. The younger Cook was in vaudeville and stock by the time he was fourteen-years old. In 1928, Cook enjoyed critical praise for his performance in the play Her Unborn Child, a performance he would repeat for his film debut in the 1930 film version of the play. The first ten years of Cook’s Hollywood career found the slight, baby-faced actor playing innumerable college intellectuals and hapless freshmen (he’s given plenty of screen time in 1936’s Pigskin Parade).

In 1940, Cook was cast as a man wrongly convicted of murder in Stranger on the Third Floor (1940), and so was launched the second phase of Cook’s career as Helpless Victim. The actor’s ability to play beyond this stereotype was first tapped by director John Huston, who cast Cook as Wilmer, the hair-trigger homicidal “gunsel” of Sidney Greenstreet in The Maltese Falcon (1941). So far down on the Hollywood totem pole that he wasn’t billed in the Falcon opening credits, Cook suddenly found his services much in demand. Sometimes he’d be shot full of holes (as in the closing gag of 1941’s Hellzapoppin’), sometimes he’d fall victim to some other grisly demise (poison in The Big Sleep [1946]), and sometimes he’d be the squirrelly little guy who turned out to be the last-reel murderer (I Wake Up Screaming [1941]; The Falcon’s Alibi [1946]). At no time, however, was Cook ever again required to play the antiseptic “nerd” characters that had been his lot in the 1930s.

Seemingly born to play “film noir” characters, Cook had one of his best extended moments in Phantom Lady (1944), wherein he plays a set of drums with ever-increasing orgiastic fervor. Another career high point was his death scene in Shane (1953); Cook is shot down by hired gun Jack Palance and plummets to the ground like a dead rabbit. A near-hermit in real life who lived in a remote mountain home and had to receive his studio calls by courier, Cook nonetheless never wanted for work, even late in life. Fans of the 1980s series Magnum PI will remember Cook in a recurring role as a the snarling elderly mobster Ice Pick. Having appeared in so many “cult” films, Elisha Cook Jr. has always been one of the most eagerly sought out interview subjects by film historians.

Available Films:
Trivia:
He died on the same day as his Johnny Cool (1963) co-star Elizabeth Montgomery.
Enlisted in U.S. Army on 15 August 1942. Height and weight at enlistment given as 5' 5"
and 123 lb. Education given as three years of high school.
He received his nickname "Hollywood's Lightest Heavy" from playing cowardly villains in his movies.
Was an assistant stage manager at age 17.