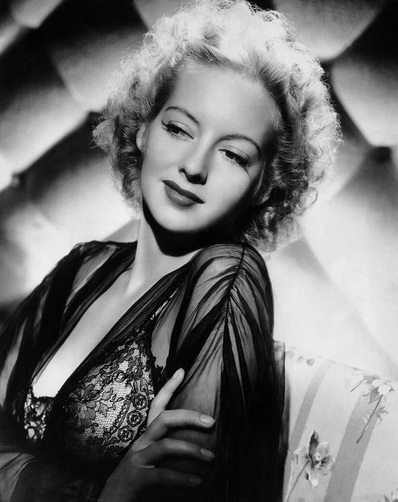 Ex-nightclub chorine Evelyn Keyes was 18 when she was put under contract by Hollywood producer/director Cecil B. DeMille. Keyes played passive roles in DeMille’s The Buccaneer (1938) and Union Pacific (1939) and a handful of Paramount “B”s. Her best opportunity came from outside the DeMille fold, when she was cast as the eternally jilted Suellen O’Hara in Gone With the Wind (1939).

In 1940, she signed with Columbia, where she was featured in a handful of interesting “B”s like Boris Karlof’s Before I Hang (1940) and Peter Lorre’s Face Behind the Mask (1941, in which Keyes was terrific in a brief role as a blind girl). She was promoted to “A” leads with Here Comes Mr. Jordan (1941), and with 1947’s Mating of Millie she finally got a film vehicle all her own. She also played the Ruby Keeler counterpart (named Julie Benson) in Columbia’s The Jolson Story (1946).

Like many 1940s leading ladies, Keyes found the going rough in the 1950s, save for a few worthwhile (if fleeting) parts such as Tom Ewell’s vacationing wife in The Seven Year Itch (1955). She retired in 1956, making an unexpected return before the cameras in a brace of late-1980s Gothic melodramas. In sum total, Keyes’ screen career was dwarfed by her colorful private life. Her four husbands included directors Charles Vidor and John Huston, and bandleader Artie Shaw. In 1971 she turned to writing. Her first book was a novel, I Am as Billboard; she followed this with two very candid autobiographies, Scarlet O’Hara’s Younger Sister (1977) and I’ll Think About That Tomorrow (1991). Keyes died in July 2008 of uterine cancer.

Available Films:
Trivia:
Was best-known for playing Scarlett O'Hara's younger sister in Gone with the Wind (1939).

Had an abortion just before Gone with the Wind (1939) was to begin filming.

Her marriage in 1946 to John Huston was eccentric, to say the least. Just one of the examples she recalled involved Huston returning home from the film We Were Strangers (1949) with a gift from Jennifer Jones--a pet chimpanzee.

She became involved with flamboyant producer Michael Todd for three years during his preparation and filming of Around the World in Eighty Days (1956). She even played a cameo role in the movie and helped on publicity. During the filming, he broke things off after falling in love with Elizabeth Taylor, whom he later married. The positive thing that came out of it for her was that she had invested most of her money in the picture and was financially set for life as a result.

"I have often wondered what my life would have been like if I had needed a size 38 bra instead of a modest 34."

"I always took up with the man of the moment . . . and there were many such moments.
[About her role in Gone with the Wind (1939)] i got to star in my own movies. I even had my name above the title in some cases. But what am I known for? My bit part. It's very funny."

"I'm the first to admit that I never achieved my potential as an actress."