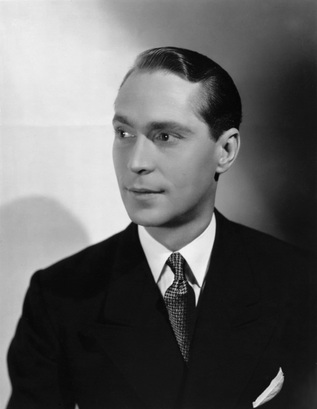 He began acting while a college student, then became president of his school’s Dramatic Club. In 1927 Tone began his professional stage career in stock, then soon made it to Broadway. He began appearing in films in 1932, going on to a busy screen career in which he was typecast as a debonair, tuxedo-wearing playboy or successful man-about-town.

For his work in Mutiny on the Bounty (1935) he received a Best Actor Oscar nomination. In the early ‘50s he gave up films to return to the stage; after appearing in an off-Broadway prouction of Uncle Vanya he returned to film in the play’s screen version (1958), which he co-produced, co-directed, and starred in.

He appeared in a handful of films in the ‘60s; meanwhile, onstage he got good reviews for his performance in the New York revival of Strange Interlude. In the mid ‘60s he costarred in the TV series “Ben Casey.” He was married four times; his wives included actresses Joan Crawford, Jean Wallace, Barbara Payton, and Dolores Dorn-Heft.

Available Films:
Trivia:
In his later years, he was plagued by illness, and his ex-wife, Joan Crawford, helped care for him. The pair had remained friends long after their divorce. When he died, and in accordance with his wishes, Crawford arranged to have his ashes scattered over Muskoka Lake in Canada, close to his beloved home.

[on his ex-wife, Joan Crawford] “She’s like that old joke about Philadelphia: First prize, 4 years with Joan. Second prize, 8 years with her.”
Explore the simpler time of yesteryear...
A time when men and women were truly glamorous. A time when you could watch any movie with your children and not have to worry about gratuitous sex or violence – yet enjoy all the lustful inferences and edge-of-your-seat suspense.
Welcome to The Timeless Theater!
We're in the process of identifying which of our films are in the Public Domain, and offering these for sale on DVD.
​Please stay Tuned...!
Check out our new Film Noir Collection:
Coffee Mugs!
Phone Cases!
iPad Cases!
More coming soon!