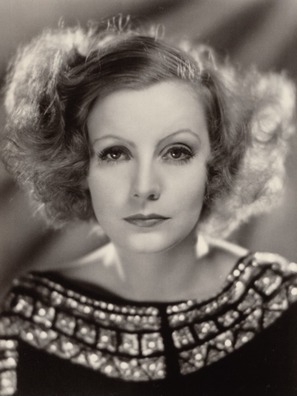 Few who knew Swedish actress Greta Garbo in her formative years would have predicted the illustrious career that awaited her. Garbo grew up in a rundown Stockholm district, the daughter of an itinerant laborer.

The actress spent most of 1925 posing for nonsensical publicity photos which endeavored to create a “mystery woman” image for her (a campaign that had worked for previous foreign film actresses like Pola Negri), but it was only after shooting commenced on Garbo’s first American film, The Torrent (1926), that MGM realized it had a potential gold mine on its hands.

As Mauritz Stiller withered on the vine due to continual clashes with the studio brass, Garbo’s star ascended. But when MGM refused to pay her commensurate to her worth, Garbo threatened to walk out; the studio counter-threatened to have the actress deported, but, in the end, they buckled under and increased her salary.

After World War II Greta, by her own admission, felt that the world had changed perhaps forever and she retired, never again to face the camera. She would work for the rest of her life to perpetuate the Garbo mystique. Her films, she felt, had their proper place in history and would gain in value. She abandoned Hollywood and moved to New York City. She would jet-set with some of the world’s best-known personalities such as Aristotle Onassis and others. She spent time gardening and raising flowers and vegetables. In 1954 Greta was given a special Oscar for past unforgettable performances. She even penned her biography in 1990. On April 15, 1990, Greta died of natural causes in New York and with her went the “Garbo Mystique”. She was 84.

Available Films:
Trivia:
Her personal favorite of all her movies was Camille (1936).

She disliked Clark Gable, a feeling that was mutual. She thought his acting was wooden while he considered her a snob.

Left John Gilbert standing at the altar in 1927 when she got cold feet about marrying him.

Garbo was prone to chronic depression and spent many years attacking it through Eastern philosophy and a solid health food regimen. However, she never gave up smoking and cocktails.

Except at the very beginning of her career, she granted no interviews, signed no autographs, attended no premieres and answered no fan mail.

Gary Cooper was reportedly one of her favorite actors. She requested him for several of her films, but nothing ever materialized.

"I never said, "I want to be alone".I only said, "I want to be left alone". There is a whole world of difference."
Explore the simpler time of yesteryear...
A time when men and women were truly glamorous. A time when you could watch any movie with your children and not have to worry about gratuitous sex or violence – yet enjoy all the lustful inferences and edge-of-your-seat suspense.
Welcome to The Timeless Theater!
We're in the process of identifying which of our films are in the Public Domain, and offering these for sale on DVD.
​Please stay Tuned...!
Check out our new Film Noir Collection:
Coffee Mugs!
Phone Cases!
iPad Cases!
More coming soon!