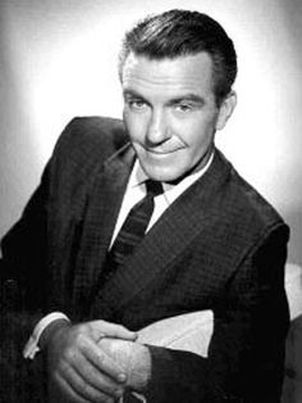 American actor Hugh Beaumont originally studied for the clergy, remaining busy as a lay minister throughout his acting career. After stage experience, Beaumont arrived in Hollywood in 1940. While most of the draftable leading men were away during World War II, Beaumont enjoyed a brief spell of stardom; his faint resemblance to actor Lloyd Nolan enabled Beaumont to inherit Nolan’s screen role of detective Michael Shayne in a series of inexpensive programmers. After the war, Beaumont returned to character parts, contributing memorable moments to such films as The Blue Dahlia (1946) and The Guilt of Janet Ames (1947).

He also played quite a few villains during this period; fans of Beaumont’s later television work are in for a jolt as they watch the affable Hugh connive and murder his way through 1948’s Money Madness. During the early 1950s, Beaumont frequently popped up in uncredited featured roles at 20th Century-Fox, most prominently in Phone Call From a Stranger (1952) as the doctor killed by drunken driver Michael Rennie, and in The Revolt of Mamie Stover as the Honolulu cop who advises goodtime girl Jane Russell to get out of town. In 1957, Beaumont was cast as philosophy-dispensing suburban dad Ward Cleaver on the popular sitcom Leave It to Beaver (he replaced Casey Adams, who played Ward in the 1955 pilot). While he despaired that the series might ruin his chances for good film roles, Beaumont remained with Beaver until its cancellation in 1963. Hugh Beaumont retired from show business in the late 1960s, launching a second career as a successful Christmas tree farmer.

Available Films:
Trivia:
In 1951 RKO Pictures was to start a crime thriller to be called “The Sins of Sarah Ferry”. The story was about a courthouse clerk in Binghamton, NY, who finds herself falling in love with a beautiful liar who’s accused of armed robbery as well as a hit-and-run charge involving a death. The cast was to consist of Laraine Day, Fred MacMurray, Yvonne De Carlo, Beaumont, Glenn Ford, Howard Duff and Evelyn Keyes, with the studio wanting to shoot on location in Binghamton and neighboring Johnson City. This project never materialized because the plot was considered too close to that of Double Indemnity (1944) and the studio never received a reply from the Binghamton Courthouse or city officials granting them permission to film on location in the area and negotiate a fair payment. Based on that, the studio canceled the project and moved on.
Explore the simpler time of yesteryear...
A time when men and women were truly glamorous. A time when you could watch any movie with your children and not have to worry about gratuitous sex or violence – yet enjoy all the lustful inferences and edge-of-your-seat suspense.
Welcome to The Timeless Theater!
We're in the process of identifying which of our films are in the Public Domain, and offering these for sale on DVD.
​Please stay Tuned...!
Check out our new Film Noir Collection:
Coffee Mugs!
Phone Cases!
iPad Cases!
More coming soon!