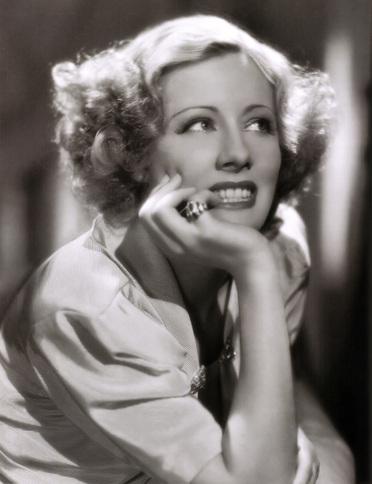 The daughter of a boat manufacturer and a concert pianist, American actress Irene Dunne began voice training lessons before the age of thirteen. Dunne's diligence won her a scholarship to the Chicago Musical College, but her dreams of a career with New York City's Metropolitan opera faded when she failed the audition. Still, there was an outlet for her talents in musical comedy, which she began in a touring company of the popular stage production Irene.

After her Broadway debut in 1923, Dunne was able to secure leading roles in several musicals, and marry Francis J. Griffin, a New York dentist, with whom she remained married until his death in 1965. In 1929, Dunne was cast as Magnolia in the Chicago company production of Show Boat; her superlative performance led to a movie contract with RKO, where after a few inconsequential programmers like Leathernecking (1930), she became one of the top dramatic stars at that studio. In Ann Vickers (1933), she plays a lady doctor who undergoes an illegal abortion, and in The Age of Innocence (1934), Dunne played the same role reprised by Michelle Pfeiffer in the 1994 remake of that film. Dunne was finally permitted to show off her singing talents in Sweet Adeline (1935), and in 1936 Universal Pictures cast her in her stage role as Magnolia in the studio's definitive film version of Show Boat (1936).

After Show Boat, Dunne entered the second phase of her movie career as a comedienne, contributing hilarious performances to such screwball farces as Theodora Goes Wild (1936), The Awful Truth (1937), and My Favorite Wife (1940). It was back to dramatic roles in the early 1940s, and as age crept up on Dunne, she made a seamless transition to starring character roles in such films as Anna and the King of Siam (1946) and Life with Father (1947). Approaching fifty, Dunne retained her classically beautiful features and; in fact, Hollywood makeup artists were compelled to draw lines on her face and fit her with heavy body suits for her "aged" roles in I Remember Mama (1948) and The Mudlark (1950).

Upon completion of It Grows on Trees (1952), Dunne retired from films, though she remained active on television, notably in such Catholic-oriented programs as The Christophers. In recognition of her charitable work and interest in conservative political causes, Dunne was appointed by President Eisenhower as one of five alternative delegates to the United Nations in 1957.

Trivia:
After being nominated 5 times for the Best Actress Oscar and never winning, it was hoped by many that she would receive an honorary award after her retirement but the Academy (for reasons best known to itself) failed to present one.

Loretta Young, was one of Irene's closest friends. Back in the day, Loretta had a girls club for her friends, they met once a week and some of the members were Anita Louise, Irene Dunne and Loretta's two sisters as well.

Was considered for the role of Mildred Rogers in Of Human Bondage (1934), but Bette Davis was cast instead.

Was considered for the role of Scarlett O'Hara in Gone with the Wind (1939).

"No triumph of either my stage or screen career has ever rivalled the excitement of trips down the Mississippi on the river boats with my father."

"I don't know why the public took a liking to me so fast. Popularity is a curious thing. The public responds to a dimple, a smile, a giggle, a hairstyle, an attitude. Acting talent has less to do with it than personality."

"I love beautiful things, but a woman who considers herself best dressed usually spends all of her time at it."

[in 1983, on being asked if she would ever write her memoirs] "The Lord never wrote a book, not that I knew about. Not really. And I don't think Abraham Lincoln ever wrote a book. So I have put it off again."
Explore the simpler time of yesteryear...
A time when men and women were truly glamorous. A time when you could watch any movie with your children and not have to worry about gratuitous sex or violence – yet enjoy all the lustful inferences and edge-of-your-seat suspense.
Welcome to The Timeless Theater!
We're in the process of identifying which of our films are in the Public Domain, and offering these for sale on DVD.
​Please stay Tuned...!
Check out our new Film Noir Collection:
Coffee Mugs!
Phone Cases!
iPad Cases!
More coming soon!