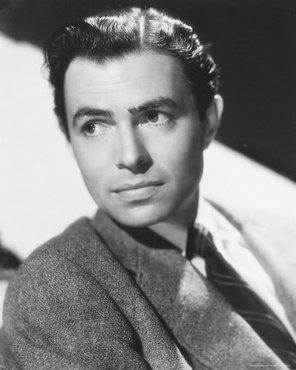 James Mason was a great English actor of British and American films. He was born in Yorkshire, and attended Marlborough and Cambridge, where he discovered acting on a lark, and abandoned a planned career as an architect. Following work in stock companies, he joined the Old Vic under the guidance of Sir Tyrone Guthrie and of Alexander Korda, who gave Mason at least one small film role in 1933, but fired him a few days into shooting.

Mason remained in the theatre becoming a prominent stage actor, meanwhile getting first small, then rapidly larger roles in “quota quickies”, minor films made to accommodate laws mandating a certain percentage of films shown in Britain to be British-made. Mason’s talent for playing protagonists of a decidedly hard-bitten or melancholy stripe brought him from these minor films to a position as one of Britain’s major film stars of the 1940s. When, late in that decade, he came to America, he played somewhat more glamorous or heroic roles than he had been accustomed to in Britain, but he remained a dynamic and intelligent force on the screen. His tendency to take any job offered led him to have many unworthy credits on his resume but, throughout his career, he remained a respected and powerful figure in the industry. His mellifluous voice and an uncanny ability to suggest rampant emotion beneath a face of absolute calm made him a fascinating performer to watch. He died of a heart attack in 1984 at his home in Switzerland.

Available Films:
Trivia:
Was offered the role of Viktor Komarovsky in Doctor Zhivago (1965) by double-Oscar winning director David Lean after Marlon Brando failed to respond to director Lean’s written inquiry into whether he wanted to play the role. Mason initially accepted the role. Lean decided on Mason, who was a generation older than Brando, as he did not want an actor who would overpower the character of Yuri Zhivago (specifically, to show Zhivago up as a lover of Lara, who would be played by the young Julie Christie, which the charismatic Brando might have done, shifting the sympathy of the audience). Mason eventually dropped out and Rod Steiger, who had just won the Silver Bear as Best Actor for his role as the eponymous The Pawnbroker (1964), accepted the role.

“I purposely would not go and see the old version of Here Comes Mr. Jordan (1941). They told me my part was played by Claude Rains, for whom I have an infinite admiration, and I knew I would never be as good as him.”
Explore the simpler time of yesteryear...
A time when men and women were truly glamorous. A time when you could watch any movie with your children and not have to worry about gratuitous sex or violence – yet enjoy all the lustful inferences and edge-of-your-seat suspense.
Welcome to The Timeless Theater!
We're in the process of identifying which of our films are in the Public Domain, and offering these for sale on DVD.
​Please stay Tuned...!
Check out our new Film Noir Collection:
Coffee Mugs!
Phone Cases!
iPad Cases!
More coming soon!