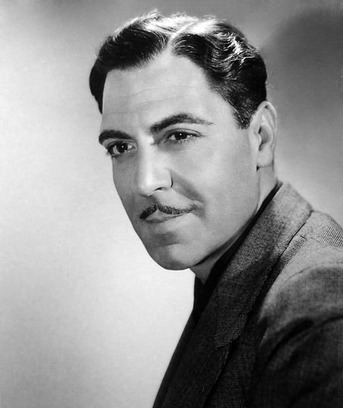 His full name was Joseph Alexander Caesar Herstall Vincent Calleja - but he was better known as Joseph or Joe Calleia, one of Hollywood's most recognized bad guys.

Maltese-born character actor Joseph Calleila first came to prominence as a concert singer in England and Europe. He made his screen bow in 1935's Public Hero Number 1, playing the first of many gangsters. Usually a villain, Calleila often leavened his screen perfidy with a subtle sense of humor, notably as the masked bandit who motivates the plot of the Mae West/W.C. Fields comedy My Little Chickadee (1940).

In 1936, Calleila tried his hand at screenwriting with Robin Hood of El Dorado (1936), a fanciful western based on the criminal career of Joaquin Murietta. Joseph Calleila delivered some of his best and most varied screen performances in the last years of his film career, especially as the kindly Mexican priest in Disney's The Littlest Outlaw (1955) and the weary border-town detective in Orson Welles' Touch of Evil (1958).

Without doubt Touch of Evil (1958) is one of the strangest of Orson Welles later efforts as director/star. It borders on the uneven but is so off-the-wall that one cannot help watching and thoroughly enjoying all the antics of Welles still brilliant film techniques: shadow and light, wild camera angles, gringos playing Mexicans-Charlton Heston is a wow and stained darker than necessary-and over-the-top performances with veteran dramatis personae like Marlene Dietrich, Akim Tamiroff, Calleia, of course, and Welles himself looking like a police captain from skid row and using that funny character voice of his that pops up in his films as an aside. Calleia, with white hair, is tired old cop Sergeant Menzies, long associate of Welles' seedy character. Doing what he has always done, covering up and running interference, in the end Menzies has to face the truth about his crooked captain. Calleia enjoyed the role as going so against his usual type - showing a man harried by his past and haunted by dirty secrets - vulnerable - and very human. It's a great part.

By 1963 Calleia walked away - or, that is - sailed away from Hollywood. He returned to his native Malta for a well deserved retirement. The Maltese had followed the career of their native son, and he had made several visits during his film career. Not surprisingly his biggest fan club was right at home. He was a kind and generous man and very appreciative of his fans wherever they were - quick to read all their letters and quick to send autographed pictures. It was strictly tongue-in-cheek when he supposedly quipped: "Everyone recognizes my face, but no one knows my name." After his passing, the government of the island state of Malta issued two commemorative stamps (1997) to honor him. A bust was erected before the house in which he was born as a further memorial to this Maltese VIP who had made good.

Trivia:
Orson Welles was extremely impressed by a stage performance of Calleia's in the mid-1930s and vowed to work with him. They finally worked together over 20 years later in Touch of Evil (1958).

During his retirement time in Malta he received a telegram from Francis Ford Coppola, who offered him the part of Don Vito Corleone in The Godfather (1972). As much as Coppola wanted Calleia for the part, Calleia had to refuse because of health reasons.

Before becoming an actor he was a professional opera singer.
Explore the simpler time of yesteryear...
A time when men and women were truly glamorous. A time when you could watch any movie with your children and not have to worry about gratuitous sex or violence – yet enjoy all the lustful inferences and edge-of-your-seat suspense.
Welcome to The Timeless Theater!
We're in the process of identifying which of our films are in the Public Domain, and offering these for sale on DVD.
​Please stay Tuned...!
Check out our new Film Noir Collection:
Coffee Mugs!
Phone Cases!
iPad Cases!
More coming soon!