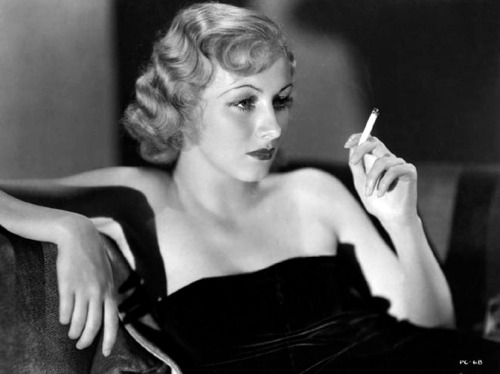 Born Mildred Linton in Ottumwa, Iowa on December 12, 1909, Karen Morley was adopted by a well-to-do family who moved to Los Angeles in the mid-1920s. She enrolled at Hollywood High School and studied for a career in medicine at UCLA, but a class in theater changed her career ambitions.

After studying at Pasadena Playhouse, she was signed by Fox Studios and her big chance came when producer Howard Hughes selected her to play the blond moll in the 1932 crime epic, Scarface (1932), Morley was put on a contract by MGM and starred in such early 1930s movies as Mata Hari (1931) (with Greta Garbo), Arsène Lupin (1932) (with John Barrymore), Dinner at Eight (1933) (with Jean Harlow), as well as films with Lionel Barrymore, Wallace Beery and Boris Karloff.

In 1934, Morley left MGM after arguments about her roles and her private life, including her intention to start a family and her marriage to director Charles Vidor. She continued working as a freelance performer, appearing in King Vidor's Our Daily Bread (1934), Michael Curtiz' Black Fury (1935) and Pride and Prejudice (1940).

In 1947, her screen career came to a halt when she testified before the House Committee on Un-American Activities and refused to answer questions about her possible enrollment in the Communist Party. Afterward, she continued promoting left-wing causes and married actor Lloyd Gough. In 1954, she ran unsuccessfully as a New York lieutenant governor candidate for the American Labor Party. Morley died March 8, 2003 at the Motion Picture Country House in Woodland Hills.

Available Films:
Trivia:
She only made one film, an independent western called Born to the Saddle (1953) after testifying before the Senate Committee hearing alongside her second husband Lloyd Gough, who shared her 'leftist' views. Both then dropped completely out of sight. He eventually came back in the 60s, she didn't.

Hollywood folklore has it that she broke into films when she read lines with actors being tested for Greta Garbo's movie Inspiration (1931) in 1931. She was so convincing that director Clarence Brown cast her in a prime role.

Her MGM career fell apart after marrying director Charles Vidor, one of Hollywood's bright promises at the time. It seems it didn't sit well that she had nabbed him over prettier stars and it affected the way the public viewed her as an ingenue. By the late 30s she was reduced to small roles.

"Nobody could imagine just how terrible McCarthyism would be. So many careers went down the toilet."

"I know I'm not pretty. I cannot make a place for myself on the screen as a beauty. I am not even an exciting person. There is, therefore, only one thing left. I must be an actress. And the more variety I can get, the more they will think of me as a capable actress."

"I think Poppy (Scarface (1932)) was my favorite role. . . I always liked playing poor girls who have their sights on something. That's the most colorful character. You can show off. . ."
Explore the simpler time of yesteryear...
A time when men and women were truly glamorous. A time when you could watch any movie with your children and not have to worry about gratuitous sex or violence – yet enjoy all the lustful inferences and edge-of-your-seat suspense.
Welcome to The Timeless Theater!
We're in the process of identifying which of our films are in the Public Domain, and offering these for sale on DVD.
​Please stay Tuned...!
Check out our new Film Noir Collection:
Coffee Mugs!
Phone Cases!
iPad Cases!
More coming soon!