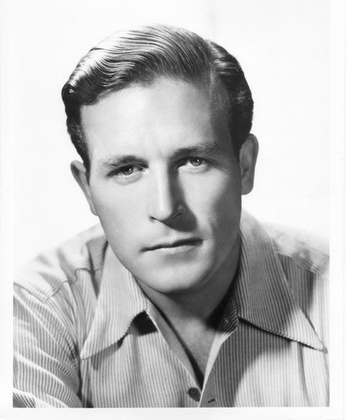 A one-time model with a long rap sheet of less-than-ideal behavior, character actor Lawrence Tierney nevertheless managed to amass scores of film credits over a five-decade acting career before he passed away in 2002. Born in Brooklyn, NY, five years before actor/ brother Scott Brady, Tierney excelled in high school track, winning a scholarship to Manhattan College. Rather than stay in school, however, Tierney dropped out and became an itinerant laborer before his looks brought him a job as a catalogue model.

In the early '40s, Tierney began acting in theater and was subsequently signed by RKO. Strengthening his skills with supporting roles in such films as Val Lewton's moody thriller The Ghost Ship (1943) and early teen drama Youth Runs Wild (1944), Tierney sealed his fame, and his image, with his performance as the eponymous gangster in the superb B-picture Dillinger (1945). Cashing in on Dillinger's success, RKO slotted Tierney into numerous tough guy roles, including two turns as archetypal Western outlaw Jesse James in Badman's Territory (1946) and Best of the Badmen (1950), a murderer in cult noir Born to Kill (1947), a sociopath in The Devil Thumbs a Ride (1947), and a career criminal in The Hoodlum (1951).

His B-movie stardom also garnered Tierney a typically villainous role in Cecil B. De Mille's Oscar-winner The Greatest Show on Earth (1952). Tierney became just as well known in this period, though, for his offscreen exploits involving copious booze and physical violence. Tierney was such a regular in the Los Angeles jail that cops assured fellow RKO star and hell-raiser Robert Mitchum after his famous 1948 drug arrest, "We're keeping Lawrence Tierney's cell warm for ya." By the mid-'50s, Tierney's roles were becoming smaller and scarcer. His professional situation unchanged despite appearing in John Cassavetes' praised mental hospital drama A Child Is Waiting (1963), Tierney moved to Europe but he continued to get in trouble with the law.

After he returned to New York in the late '60s, Tierney supported himself with a variety of jobs, including bartending, and maintained his pugnacious, drunken ways; he was stabbed in a brawl in 1973 and questioned in connection with a woman's suicide in 1975. Still, Tierney managed to score the occasional acting gig, appearing in Otto Preminger's Such Good Friends (1971), Andy Warhol's Bad (1977), and the blockbuster comedy Arthur (1981). Dry by 1983, Tierney returned to Hollywood to resurrect his career in earnest, and soon landed regular work on TV as well as in movies. Along with a role on NBC's Hill Street Blues, Tierney also appeared in Star Trek: The Next Generation and played a sheriff in the TV movie Dillinger (1991). On film, Tierney was as comfortable in John Sayles' thoughtful drama City of Hope (1991) as in John Huston's esteemed Mafia black comedy Prizzi's Honor (1985) and the tastelessly hilarious The Naked Gun (1988); he drew attention for his vigorous turn as Ryan O'Neal's alcoholic father in Tough Guys Don't Dance (1987).

Trivia:
Off-screen, the actor's arrests for drunken brawls at bars and Hollywood parties took a heavy toll on his once-promising Hollywood career in the 1950s. Booze was always at the root of his misbehavior, which included tearing a public phone off the wall, hitting a waiter in the face with a sugar bowl, breaking a college student's jaw and attempting to choke a cab driver.

Was a brawler up until the end of his career, provoking almost all of the younger actors he worked with on Reservoir Dogs (1992) and actually having nearly come to blows with director Quentin Tarantino.

When he guest-starred on Seinfeld (1989) in "The Jacket" episode as Elaine's father, he scared the cast so badly that they never had him back on. He stole a butcher knife from Jerry's TV kitchen and hid it under his jacket. When Seinfeld undauntedly confronted him about it (much to the dismay of the entire cast), Tierney pretended that he was going to use the knife as a gag in reference to the movie Psycho (1960) during the episode and quickly returned it.

Was offered the role of Charlie "The Gent" Malloy, the mob lawyer, in Elia Kazan's classic On the Waterfront (1954). Tierney lost out on the part when he demanded more money than was offered. Subsequently, Rod Steiger played Charlie, and won a Best Supporting Actor Oscar nomination. Accepting the part likely would have revitalized Tierney's career, at least in the short-term.

"I haven't had a drink in, oh, five years now," Tierney said in his clipped, tough-guy voice during a 1987 interview. "I finally wised up. I'd say it was about time. Heck, I threw away about seven careers through drink."
Explore the simpler time of yesteryear...
A time when men and women were truly glamorous. A time when you could watch any movie with your children and not have to worry about gratuitous sex or violence – yet enjoy all the lustful inferences and edge-of-your-seat suspense.
Welcome to The Timeless Theater!
We're in the process of identifying which of our films are in the Public Domain, and offering these for sale on DVD.
​Please stay Tuned...!
Check out our new Film Noir Collection:
Coffee Mugs!
Phone Cases!
iPad Cases!
More coming soon!