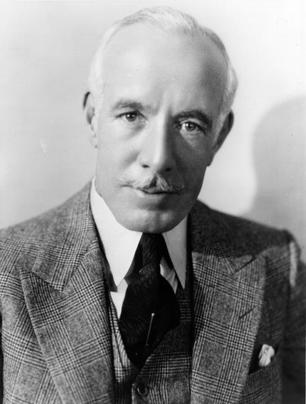 By the time that he was 20, Lewis Stone had turned prematurely grey. He enlisted to fight in the Spanish American War and when he returned, he returned to be a writer. This turned to acting and he began to appear in films during the middle teens. His career was again interrupted by war as he served in the cavalry during World War I. After the war, he returned to films and quickly graduated to lead roles. With his distinguished look and grey hair, he was able to play the roles of well mannered romantic men.

In 1921, Lewis starred in Don't Neglect Your Wife (1921). In the next year, he starred with Alice Terry, who played the heroine, and Ramon Novarro in The Prisoner of Zenda (1922) and Scaramouche (1923). In 1924, Metro merged into the new MGM where Lewis remained for the rest of his career. He was busy over the next few years and garnered an Academy Award nomination for The Patriot (1928). In 1928, he appeared in the first of a series of pictures with Greta Garbo. In A Woman of Affairs (1928) he played the older doctor, a friend of the family. But two years later in Romance (1930), he played her lover.

Lewis made the transition from silent to sound with The Trial of Mary Dugan (1929), which starred Norma Shearer. Sound did not cause Lewis any problems and he continued to be busy with his roles as the distinguished lead. The Big House (1930) was highly successful for MGM and he appeared in other popular movies such as The Phantom of Paris (1931) with John Gilbert and Red-Headed Woman (1932) with Jean Harlow. He appeared with Garbo in Inspiration (1931), Mata Hari (1931), Grand Hotel (1932) and Queen Christina (1933).

In the late 30s he took on a role for which he was long remembered - the role of Judge James Hardy who had a son named Andy. Judge Hardy was the father audiences wanted in the late 30s early 40s. He was kind, intellectual, fair and as patient as he had to be with Andy, played by Mickey Rooney. This series occupied most of his screen time until it ended and he did slow down during the late 40s. In the 50s he continued to appear in a number of pictures including remakes of the two he had made 30 years before with Alice Terry. He suffered a heart attack and died in 1953 after appearing in over 200 films.

Trivia:
Stone was waiting delivery of the script for "Sabrina" when he died of a heart attack.

"I'm not a motion picture actor. I'm just an actor trying to act in motion pictures."
Explore the simpler time of yesteryear...
A time when men and women were truly glamorous. A time when you could watch any movie with your children and not have to worry about gratuitous sex or violence – yet enjoy all the lustful inferences and edge-of-your-seat suspense.
Welcome to The Timeless Theater!
We're in the process of identifying which of our films are in the Public Domain, and offering these for sale on DVD.
​Please stay Tuned...!
Check out our new Film Noir Collection:
Coffee Mugs!
Phone Cases!
iPad Cases!
More coming soon!