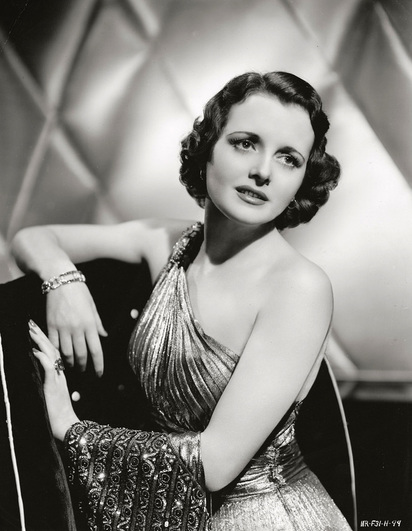 Mary Astor was born, Lucile Vasconcellos Langhanke, on May 3, 1906 in Quincy, Illinois to a German immigrant father, Otto Ludwig Langhanke, and an American mother from Illinois, Helen Marie Vasconcellos, of Portuguese and Irish ancestry. Her parents were very ambitious for her as they recognized Mary's beauty and knowing if they played their cards right, they could make her famous. They understood that they wanted something better for their daughter than they had, so they made it happen by pushing Mary into various beauty contests.

Luck was with Mary and her parents because one contest came to the attention of Hollywood moguls who signed her at the age of 14. Her first movie was a bit part in The Scarecrow (1920). It wasn't much, but it was a start. Throughout 1921-1923 she continued her career with bit or minor roles in a number of motion pictures. In 1924, Mary landed a plum assignment with a role as Lady Margery Alvaney opposite the great John Barrymore in the film Beau Brummel (1924). This launched her career to stardom as it did with a lively affair with Barrymore. However the affair ended before she could star with him again in the classic Don Juan (1926).

Mary was, now, the new cinematic darling with each film packing the theaters. By the end of the twenties, the sound revolution had taken a strong hold on the industry and Mary was one of those lucky actresses who made the successful transition to "talkies" because of her voice and strong screen presence. Mary's career took off to greater heights. Films such as Red Dust (1932), Convention City (1933), Man of Iron (1935), and The Prisoner of Zenda (1937), kept her star at the top. In 1938, Mary turned out five feature films which kept her busy and in the spotlight. Afterwards, she churned out films at a lesser rate. In 1941, she won the Oscar for Best Supporting Actress for her role of Sandra Kovac in The Great Lie (1941). That same year she appeared in the celebrated film The Maltese Falcon (1941), but her star soon began to fall.

Because of her three divorces, the death of her first husband, Kenneth Hawks who died in a plane crash, alcoholism, a suicide attempt, and a persistent heart condition, Mary got smaller roles in movies. In the whole of the 1950s she appeared in only five productions. Her final fling with the silver screen was as Jewell Mayhew in Hush...Hush, Sweet Charlotte (1964). Even though this was her final film, she had appeared in a phenomenal 123 motion pictures. Mary lived out her remaining days confined to the Motion Picture Country Home where she died of a heart attack on September 25, 1987 at the age of 81.

Trivia:
After shooting Little Women (1949), Astor decided against renewing her contract with Metro-Goldwyn-Mayer as she had grown tired of playing humdrum mothers.

Lived with her son Tono in Fountain Valley, California after filming Hush...Hush, Sweet Charlotte (1964) until 1971 when she moved to a small cottage on the grounds of the Motion Picture and Television Country House in Woodland Hills due to her chronic heart condition.

Having suffered from alcoholism for 20 years, Astor finally checked into a sanitarium for alcoholics in 1949.

Bette Davis was originally cast as Sandra Kovak, the hot-tempered but talented pianist, in The Great Lie (1941) but instead opted for the smaller role of Maggie Van Allen in a bid to let her good friend Astor save her film career. As a result, Astor won the Best Supporting Actress Oscar for her performance.

Thanked both Bette Davis and Pyotr Ilyich Tchaikovsky in her acceptance speech for the Best Supporting Actress Oscar for 1941 for The Great Lie (1941).

"I was never totally involved in movies. I was just making my father's dream come true."

"At Metro, you practically had to go to the front office if you wanted something as real as having your hair mussed. All automobiles were shiny, a picture never hung crooked, a door never squeaked, stocking seams were always straight and no actress ever had a shiny nose."
Explore the simpler time of yesteryear...
A time when men and women were truly glamorous. A time when you could watch any movie with your children and not have to worry about gratuitous sex or violence – yet enjoy all the lustful inferences and edge-of-your-seat suspense.
Welcome to The Timeless Theater!
We're in the process of identifying which of our films are in the Public Domain, and offering these for sale on DVD.
​Please stay Tuned...!
Check out our new Film Noir Collection:
Coffee Mugs!
Phone Cases!
iPad Cases!
More coming soon!