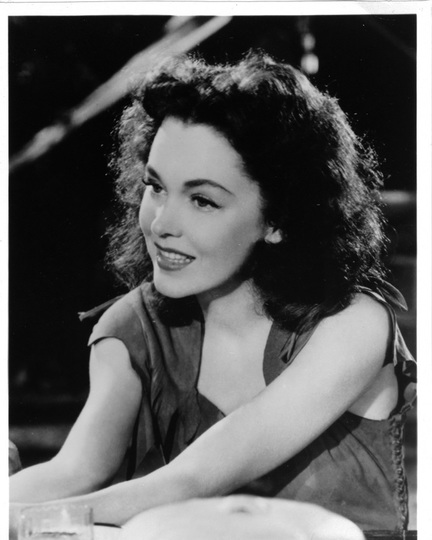 Maureen Paula O'Sullivan was born on May 17, 1911 in County Roscommon, Ireland, to Evangeline "Mary Eva" Lovatt (Frazer) and Charles Joseph O'Sullivan, an officer in the Connaught Rangers. She was of Irish, English, and Scottish descent. The future mother of Mia Farrow was educated in private Catholic girls schools in London, Dublin, and Paris. Maureen was a classmate of Vivien Leigh, another actress destined for screen immortality.

Even as a schoolgirl, Maureen desired an acting career; she studied hard and read widely. When the opportunity to be an actress came along, it almost dropped in her lap. The director Frank Borzage was in Dublin filming Song o' My Heart (1930) when Maureen, then 18, met him. Borzage suggested a screen test, which she took. The results were more than favorable, as she won the part of Eileen O'Brien. The part was a substantial one, so much so that Maureen went on to Hollywood to complete the filming.

Once in sunny California, Maureen wasted no time landing roles in other films such as Just Imagine (1930), Princess and the Plumber (1930), and So This Is London (1930). She was perhaps MGM's most popular ingenue throughout the 1930s in a number of non-Tarzan vehicles. Maureen was on a roll that her contemporaries could only have wished for when they were coming up through the ranks. In 1932, Maureen was teamed up with Olympic medal winner Johnny Weissmuller for the first time in Tarzan the Ape Man (1932).

Five other Tarzan films followed, the last being Tarzan's New York Adventure (1942). The Tarzan epics rank as one of the most memorable series ever made. Most people agree that those movies would not have been successful had it not been for the fine acting talents, not to mention beauty, of Maureen O'Sullivan. But she was more than Jane Parker in the Tarzan films; she had great roles and played beautifully in films such as The Flame Within (1935), David Copperfield (1935), and Anna Karenina (1935). She turned in yet another fine performance in Pride and Prejudice (1940). After the 1940s, Maureen made far fewer films, not because she lost popularity but by choice.

It isn't always easy to walk away from a lucrative career, but she did because she wanted to devote more time to her husband, John Farrow, an Australian writer, and their seven children: Michael, Patrick, Maria (Mia Farrow), John, Prudence, Theresa (Tisa Farrow), and Stephanie Farrow. The couple were married from 1936 until his death in 1963. After her last Tarzan she asked for release from her contract to care for her husband, who had just left the Navy with typhoid.

She did not, however, retire completely; Maureen still found time to make occasional movies, television and stage appearances, and operate a bridal consulting service (Wediquette International).. Later movie patrons remember her as Elizabeth Alvorg in the hit film Peggy Sue Got Married (1986). Her final silver screen appearance was in The River Pirates (1988). Some TV movies followed, but only until 1996. She maintained homes in New Hampshire and Arizona, and it was in Scottsdale that Maureen died on June 23, 1998, of a heart attack. She was 87 years old.

Despised working with the chimpanzee Cheetah during the filming of the Tarzan movies at MGM and, according to daughter Mia Farrow, privately referred to the primate as "that ape son of a bitch".

The first time she met Clark Gable he was in old-man make-up for Strange Interlude (1932). He invited her to go horseback riding, but she turned him down. Later when she met him a second time to record voice-overs, she realized his true age and regretted her decision. He never asked her out a second time.

She used to make Irish soda bread for Greta Garbo.

[on Johnny Weissmuller] "An amiable piece of beefcake; a likeable, overgrown child."

"Wallace Beery was a tiresome actor. He always stopped work at four o'clock (for which I didn't blame him.) He'd say, "That's it, that's it!"

"I don't think I ever got parts that interested me. Well, I did occasionally, but more often than not, they did not interest me. I wasn't the standard beauty type--it was all marvelous-looking people like Greta Garbo and Joan Crawford--and I didn't have the glamor or whatever it is that was the style of those days, so consequently I got landed with parts that were not terribly interesting to me, and it was rather hard to be ambitious under those conditions. I probably would have fared better nowadays when looks count less."
Explore the simpler time of yesteryear...
A time when men and women were truly glamorous. A time when you could watch any movie with your children and not have to worry about gratuitous sex or violence – yet enjoy all the lustful inferences and edge-of-your-seat suspense.
Welcome to The Timeless Theater!
We're in the process of identifying which of our films are in the Public Domain, and offering these for sale on DVD.
​Please stay Tuned...!
Check out our new Film Noir Collection:
Coffee Mugs!
Phone Cases!
iPad Cases!
More coming soon!