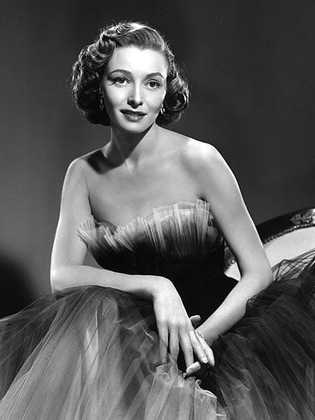 Patricia Neal, the Oscar- and Tony Award-winning actress, was born Patricia Louise Neal in Packard, Kentucky. Her father managed a coal mine and her mother was the daughter of the town doctor. She grew up in Knoxville, where she attended high school.

She was first bit by the acting bug at the age of 10, after attending an evening of monologues at a Methodist church. She subsequently wrote a letter to Santa Claus, telling him, "What I want for Christmas is to study dramatics". She won the Tennessee State Award for dramatic reading while she was in high school.

She apprenticed at the Barter Theater in Abingdon, Virginia when she was 16-years-old, between her junior and senior years in high school. After studying drama for two years at Northwestern University, she headed to New York City and landed the job as an understudy in The Voice of the Turtle (1947). It was the producer of the play that had her change her name from Patsy to Patricia.

After replacing Vivian Vance in the touring company of "Turtle", she won a role in a play that closed in Boston and then appeared in summer stock. She won the role of the teenage "Regina" in Lillian Hellman's play, Another Part of the Forest (1948), for which she won a Tony Award in 1947. Subsequently, she signed a seven-year contract with Warner Bros.

In the first part of her film career, her most impressive roles were in The Fountainhead (1949), opposite Gary Cooper, with whom she had three-year-long love affair, and in director Robert Wise's sci-fi classic, The Day the Earth Stood Still (1951), which she made at 20th Century-Fox. Warners hadn't been thrilled with her and let her go before her contract was up, so she signed with Fox. Her film career stagnating, she returned to Broadway and achieved the success that eluded her in films, appearing in the revival of Hellman's play, The Children's Hour (1961), in 1952. She met and married the writer, Roald Dahl, in 1953, and they would have five children in 30 years of marriage.

In 1957, she had one of her finest roles in Elia Kazan's parable about the threat of mass-media demagoguery and home-grown fascism in A Face in the Crowd (1957). Before she had appeared in the movie, Neal had taken over the role of "Maggie" in Tennessee Williams' Cat on a Hot Tin Roof (1958), the Broadway smash that had been directed by Kazan. Returning to the stage, she appeared in the London production of Williams' Suddenly, Last Summer (1959) and co-starred with Anne Bancroft in the Broadway production of The Miracle Worker (1962).

After appearing in Breakfast at Tiffany's (1961), she had what was arguably her finest role, as Alma the housekeeper, in Hud (1963) opposite Paul Newman. The film was a hit and Neal won the Best Actress Oscar. In 1965, she suffered a series of strokes that nearly killed her. She was filming John Ford's film, 7 Women (1966), at the time, and had to be replaced by Anne Bancroft (who would later take a role she turned down, "Mrs. Robinson" in The Graduate (1967)). Neal was pregnant at the time. She underwent a seven-hour operation on her brain and survived, later delivering her fifth child. She underwent rehabilitation supervised by her husband.

She had turned down The Graduate (1967) as she had not recovered fully from her stroke. When she returned to the screen, in 1968 in The Subject Was Roses (1968), she suffered from memory problems. According to her director, Ulu Grosbard, "The memory element was the uncertain one. But when we started to shoot, she hit her top level. She really rises to the challenge. She has great range, even more now than before".

She received an Oscar nomination for her work. Subsequently, new acting roles equal to her talent were sparse. She did receive three Emmy nominations, the first for originating the role of "Olivia Walton" in the 1971 TV movie The Homecoming: A Christmas Story (1971), that gave birth to the TV show The Waltons (1971).

Patricia Neal died on August 9, 2010 in Edgarton, Massachusetts from lung cancer. She was 84 years old.

Available Films:
Trivia:
She was offered the role of Mrs. Robinson in The Graduate (1967) but she was nervous about doing such a demanding role so soon after her stroke.

Her own stroke recovery experiences led to her becoming a champion in the rehabilitation field. Her commitment to the rehabilitation center at Fort Sanders Regional Medical Center (in her hometown of Knoxville, Tennessee) led the Center to dedicate it in 1978 as The Patricia Neal Rehabilitation Center.

"Variety", the entertainment newspaper, mistakenly reported in their February 22, 1965 headline that Patricia Neal had died from her multiple strokes five days earlier. In truth, she remained in a coma for 21 days. Pregnant at the time, her daughter, Lucy Dahl, was born healthy.

In 1947, the first time that Broadway's Tony Awards were presented, she won the Best Supporting or Featured Actress (Dramatic) Award for "Another Part of the Forest."

Began a relationship with Gary Cooper on the set of The Fountainhead (1949). He was forty-seven, she was twenty-two. In 1951, Cooper separated from his wife with the intention of marrying Neal; however, he never filed for divorce, and in 1954, they reconciled. Meanwhile, the affair with Neal had fizzled out, and she married Roald Dahl.

Unhappy with her roles in Hollywood, she was suspended by Warner Bros. for refusing to co-star with Randolph Scott in a western. That and her torrid but futile affair with married actor Gary Cooper, which led to an abortion and nervous collapse, quickened her decision to leave Hollywood and return to New York City where she refocused on theater.

"In 1949, we stayed with one of my friends who had a book in which people were asked to write down their secret ambitions. Ronald Reagan wrote he'd like to be president. All those years ago!"

[on Gary Cooper] "He was the most gorgeously attractive man. Bright, too, though some people didn't think so."

[her last words while on her deathbed] "I've had a lovely time."

[2008] "I loved Gary Cooper, for years and years and years. And I still love him. Of course, Becky (Cooper's wife, Veronica Balfe, (Sandra Shaw) was not very happy with me. And I don't blame her. Nor was her little daughter, Maria Cooper Janis, who I guess was about 11 when we started... And I was very sorry. But Gary... I just loved Gary very much."

[on John Wayne] "I adored John Wayne. We got along fabulously! The first time we worked together, I didn't like him at all; but in Honolulu he was a much happier man."
Explore the simpler time of yesteryear...
A time when men and women were truly glamorous. A time when you could watch any movie with your children and not have to worry about gratuitous sex or violence – yet enjoy all the lustful inferences and edge-of-your-seat suspense.
Welcome to The Timeless Theater!
We're in the process of identifying which of our films are in the Public Domain, and offering these for sale on DVD.
​Please stay Tuned...!
Check out our new Film Noir Collection:
Coffee Mugs!
Phone Cases!
iPad Cases!
More coming soon!