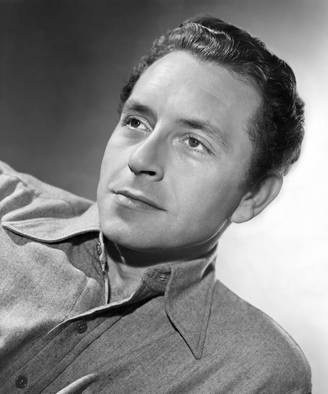 Some sources list actor Paul Henreid's birthplace as Italy, but at the time of his birth, Henreid's hometown of Trieste was still part of the Austro-Hungarian empire. Of aristocratic stock, Henreid felt drawn to theatrical activities while attending college. He briefly supported himself as a translator before Max Reinhardt's assistant Otto Preminger officially discovered him and launched his stage career. Still billed under his given name of Von Hernreid, he made his film debut in a 1933 Moroccan production. Relocating to England in 1935, he was often as not cast as Teutonic villains, most memorably in the 1940 melodrama Night Train.

In 1940, Henreid became an American citizen--and, at last, a leading man. Henreid's inbred Continental sophistication struck a responsive chord with wartime audiences. He spent his finest years as an actor at Warner Bros., where he appeared as Jerry Durrance in Bette Davis' Now Voyager (1942), as too-good-to-be-true resistance leader Victor Laszlo in Casablanca (1942), and as troubled medical student Philip Carey in the 1946 remake of Of Human Bondage (1946). Henreid exhibited a great deal of vivacity in such swashbucklers as The Spanish Main (1945), Last of the Buccaneers (1950) and The Siren of Bagdad (1953); in the latter film, the actor engagingly spoofed his own screen image by repeating his lighting-two-cigarettes bit from Now Voyager with an ornate water pipe. He was also an effective villain in Hollow Triumph (1948, which he also produced) and Rope of Sand (1949).

Henreid's star faded in the 1950s, a fact he would later attribute (in his 1984 autobiography Ladies Man) to the Hollywood Blacklist. He turned to directing, helming such inexpensive but worthwhile dramas as For Men Only (a 1951 indictment of the college hazing process) and A Woman's Devotion (1954). One of his best directorial efforts was the 1964 meller Dead Ringer, starring his former Warners co-star (and longtime personal friend) Bette Davis. In addition, Henreid directed dozens of 30- and 60-minute installments of such TV series as Alfred Hitchcock Presents and Maverick. His last on-camera appearance was as "The Cardinal" in Exorcist 2: The Heretic (1977).

Henreid married Elizabeth Gluck in 1936, with whom he had two daughters, Monika Henreid and Mimi Duncan. On March 29, 1992, he died of pneumonia, following a stroke, in Santa Monica, California.

Available Films:
Trivia:
Was wary about appearing in Casablanca (1942) for fear that it would ruin his image and cause him to fade from the public eye. Ironically, it's the very film which immortalized him.

He was "investigated" by the notorious House UnAmerican Activities Committee during the McCarthy "Red Scare" period in the 1950s, and was subsequently blacklisted in Hollywood.

In 1943, he and his wife Lisl purchased the luxurious "Fonda House", designed by architect Paul Williams, from Henry Fonda and his wife Frances for $42,000. In 1970, tired of the expense and work to maintain such a large property, they sold that house and bought a smaller one in Pacific Palisades. Norman Lear was a later owner of the Fonda/Henreid house.

"I never felt Lee Strasberg could act, and I fail to see how someone who can't act can teach acting."
Explore the simpler time of yesteryear...
A time when men and women were truly glamorous. A time when you could watch any movie with your children and not have to worry about gratuitous sex or violence – yet enjoy all the lustful inferences and edge-of-your-seat suspense.
Welcome to The Timeless Theater!
We're in the process of identifying which of our films are in the Public Domain, and offering these for sale on DVD.
​Please stay Tuned...!
Check out our new Film Noir Collection:
Coffee Mugs!
Phone Cases!
iPad Cases!
More coming soon!