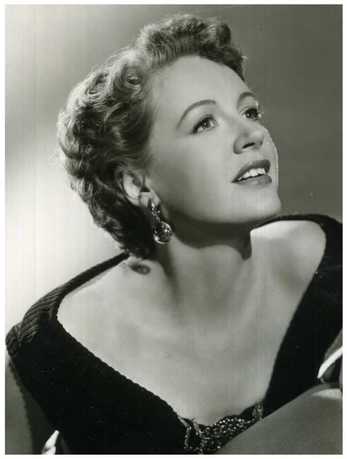 Phyllis Hannah Bickle was born in Chelsea in 1915 and studied dancing at the Margaret Morris school of dance, until an injury forced her to give up dancing and turn instead to acting. Her 70 year film career began with a bit part in The Arcadians (1927) when she was just 12 years old. Along with over 40 movies, she had a successful stage career, spanning 1925 ('Crossings' with Ellen Terry) to 1994 ('Bed') - appearing in such works as 'Blithe Spirit', 'The Heiress' and 'Peter Pan', as the title role of the boy who never grew up.

Phyllis' film breakthrough came in 1941 in the adaptation of the HG Wells story, The Remarkable Mr. Kipps (1941) in which she was cast as the servant girl, a part which had originally been turned down by Margaret Lockwood. In her next film, she was starring opposite international star Robert Donat, a far cry from the music hall comedians (George Formby, Arthur Askey) she had been acting with only a few years earlier. The Man in Grey (1943) truly catapulted her to stardom and from then on there was no looking back. Phyllis Calvert became one of the names most associated with the Gainsborough costume melodramas of the 1940s, usually as the sweet heroine, or the steadfast non-nonsense leader.

After a small trip to Hollywood in the late 1940s, Phyllis returned to England and earned her one BAFTA nomination for the role of the mother of a deaf girl in Crash of Silence (1952) but after that her film career slowed down, with family taking precedence. While shooting Indiscreet (1958), Phyllis was struck a cruel blow when her husband of 16 years, Peter Murray-Hill, passed away. Her stage career picked up markedly in the 1960s when she began taking more and more roles to better raise their two children solely. She gracefully slid into a niche of character roles, usually the kindly mother or aunt, and in 1970, had her own TV series, Kate (1970). In the 1980s she concentrated more on television, only appearing twice on stage. Her final play was in 1994, film in 1997, and TV appearance in 2000.

Trivia:
In the 1940s she was Britain's second most popular actress, coming less than 900 votes behind winner Margaret Lockwood in one poll.

Often typecast as the virtuous victim, but proved to be more versatile than previously expected by the 1950s. Her role in Crash of Silence (1952) has often been regarded by critics and fans alike as a high point in her career, in that the film allowed her the opportunity to demonstrate a range that all too often went untapped earlier in her film career.

Mostly known for her rather lightweight film roles in drawing-room comedies or costumed melodramas, she subsequently played weightier roles on the stage, such as Jean Anouilh's "The Rehearsal" in 1961 and Anton Chekhov's "The Cherry Orchard" (1971).
Explore the simpler time of yesteryear...
A time when men and women were truly glamorous. A time when you could watch any movie with your children and not have to worry about gratuitous sex or violence – yet enjoy all the lustful inferences and edge-of-your-seat suspense.
Welcome to The Timeless Theater!
We're in the process of identifying which of our films are in the Public Domain, and offering these for sale on DVD.
​Please stay Tuned...!
Check out our new Film Noir Collection:
Coffee Mugs!
Phone Cases!
iPad Cases!
More coming soon!