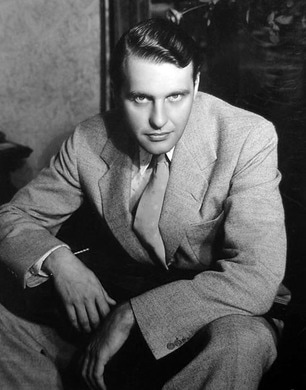 From his late teens to his late 20s, Ralph Bellamy worked with 15 different traveling stock companies, not just as an actor but also as a director, producer, set designer, and prop handler. In 1927 he started his own company, the Ralph Bellamy Players. He debuted on Broadway in 1929, then broke into films in 1931.

He went on to play leads in dozens of B-movies; he also played the title role in the "Ellery Queen" series. For his work in The Awful Truth (1937) he received an Oscar nomination, playing the "other man" who loses the girl to the hero; he was soon typecast in this sort of role in sophisticated comedies. After 1945 his film work was highly sporadic as he changed his focus to the stage, going on to play leads in many Broadway productions; for his portrayal of FDR in Sunrise at Campobello (1958) he won a Tony Award and the New York Drama Critics Award.

From 1940-60 he served on the State of California Arts Commission. From 1952-64 he was the president of Actors' Equity. In 1986 he was awarded an honorary Oscar "for his unique artistry and his distinguished service to the profession of acting." He authored an autobiography, When the Smoke Hits the Fan (1979).

Trivia:
Was one of the most popular and durable actors in Hollywood, playing everything from handsome heroes in his youth to nefarious old men later in his career.

In Howard Hawks' His Girl Friday (1940), Bellamy's character, as happened in several movies, loses his girl to Cary Grant. At one point in the movie, as the conniving newspaper editor, Grant is giving a henchman directions to help him identify Bellamy's character, and Grant says, "He looks like Ralph Bellamy.".

Turned down the role of Noah Cross in Chinatown (1974); the role was played by John Huston instead.

Ran away from home at age 17 to join a traveling band of Shakespearean players. He also worked as an usher at Ravinia Park Open Air Pavilion.

"One day in Hollywood, I read a script in which the character was described as "charming but dull -- a typical Ralph Bellamy type". I promptly headed for New York to find a part with guts."

"I always tell the producers, if I can't get the girl at the end of the picture, at least give me more money."

"I've been very lucky; like most actors and actresses, there have been times when I've gone hungry. My philosophy is just take it a day at a time. As far as I'm concerned, I'll never retire."