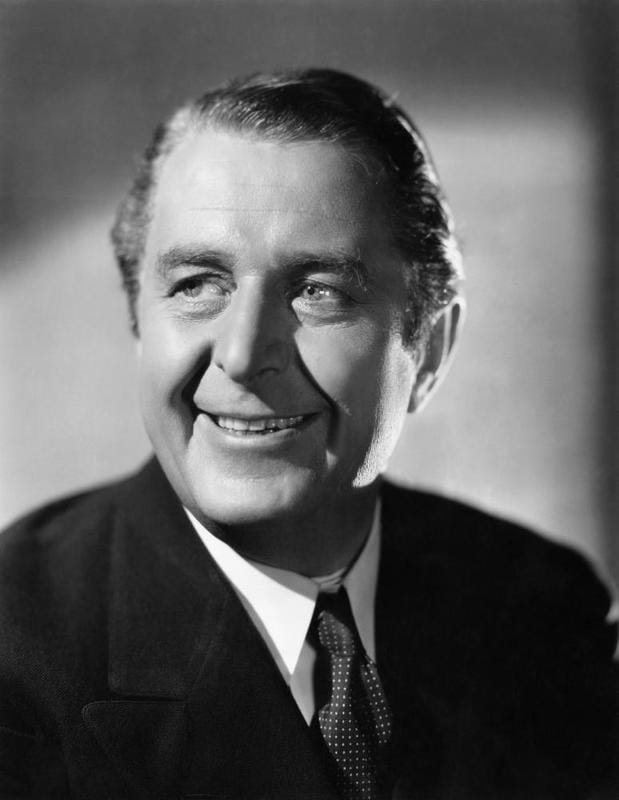 Born August 5th, 1887 in England, Reginald Owen was probably Hollywood's busiest character actor - making more than 80 films. He was educated in England at Sir Herbert Tree's Academy of Dramatic Arts. Owen excelled and made his professional debut also in England at the age of 18. He came to New York in the early 1920s and started working on Broadway by 1924. He left New York in 1928 and moved to Hollywood, hoping to make it in films.

In 1929, he landed his first role in The Letter. In 1932 he played Dr. Watson in Sherlock Holmes. Although, he didn't get many leading roles, he did get to work with some of Hollywood's most beautiful leading ladies like, Jean Harlow, Joan Crawford, Jeanette MacDonald (Owen's personal favorite), Barbara Stanwyck and Elizabeth Taylor. Owen continued to work into his 70s and 80s making family classics, such as Mary Poppins (1964) and Bedknobs and Broomsticks (1971). He died in 1972 at the ripe age of 85 of natural causes.
- IMDb Mini Biography By: Donovan Webber

Available Films:
Trivia:
Was not originally scheduled to play Ebenezer Scrooge in the MGM classic version of A Christmas Carol (1938). Reginald was a last-minute replacement for the ailing Lionel Barrymore.

Was in the process of writing his autobiography at the time of his death.

Known for his vast portrayals of fictional and non-fictional fellows. Played Dr. Watson in Sherlock Holmes (1932), and then played the super-sleuth himself in A Study in Scarlet (1933), joining Jeremy Brett, Carleton Hobbs, and Patrick Macnee as the only actors to play both roles. Also played King Louis XV in three different films.

His Bel-Air mansion at 356 St. Pierre Road was rented out to The Beatles in August 1964, while they were performing at the Hollywood Bowl, after the Ambassador Hotel in Los Angeles had canceled their reservations.
Explore the simpler time of yesteryear...
A time when men and women were truly glamorous. A time when you could watch any movie with your children and not have to worry about gratuitous sex or violence – yet enjoy all the lustful inferences and edge-of-your-seat suspense.
Welcome to The Timeless Theater!
We're in the process of identifying which of our films are in the Public Domain, and offering these for sale on DVD.
​Please stay Tuned...!
Check out our new Film Noir Collection:
Coffee Mugs!
Phone Cases!
iPad Cases!
More coming soon!