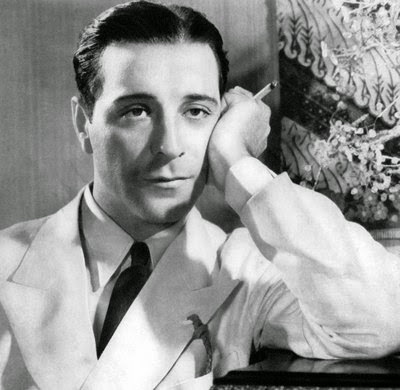 Ricardo Cortez was born Jacob Krantz in New York City, New York, the son of Sarah (Lefkowitz) and Moses/Morris Krantz, Austrian Jewish immigrants who moved to NY just before he was born. His brother was cinematographer Stanley Cortez, who also changed his surname. Cortez worked a number of jobs while he trained as an actor. When Jacob arrived in Hollywood to work in movies in 1922, the Valentino mania was in full swing. Never shy about changing a name and a background, the studio transformed Jacob Krantz into Latin Lover Ricardo Cortez from Spain. Such was life in Hollywood.

Starting with small parts, the tall, dark Cortez was being groomed by Paramount to be the successor to Rudolph Valentino. But Cortez would never be viewed (or consider himself) as the equal to the late Valentino. A popular star, he was saddled in a number of run-of-the-mill romantic movies which would depend more on his looks than on the script. Pictures like Argentine Love (1924) and The Cat's Pajamas (1926) did little to extend his range as an actor. He did show that he had some range with his role in Pony Express (1924), but roles like that were few and far between.

With the advent of sound, Cortez made the transition and he would play Sam Spade in The Maltese Falcon (1931) (aka Dangerous Female). Never a great actor, Cortez was cast as the smirking womanizer in a number of films and would soon slide down into 'B' movies. He played a newspaper columnist Is My Face Red? (1932), a home wrecker in A Lost Lady (1934), a killer in Man Hunt (1936) and even Perry Mason in The Case of the Black Cat (1936).

After 1936, Cortez hit a lean patch for acting and tried his hand at directing. His career as a director ended after a half dozen movies and his screen career soon followed. He retired from the screen and returned to Wall Street, where he had worked as a runner decades before. This time, he returned as a member of one of Wall Street's top brokerage firms and lived a comfortable life.
- IMDb Mini Biography By: Tony Fontana <tony.fontana@spacebbs.com>

The young Cortez arrived in Hollywood with Norman Kerry and used his business acumen to arrange a Universl Studios contract for his actor friend.

Jesse L. Lasky was impressed by Cortez's dancing and his resemblance to Rudolph Valentino when he saw him in his nightclub routine in 1922 and signed him as a rival/replacement for the increasingly demanding and difficult Valentino. One of Lasky's secretaries suggested the screen name of Ricardo Cortez.
Explore the simpler time of yesteryear...
A time when men and women were truly glamorous. A time when you could watch any movie with your children and not have to worry about gratuitous sex or violence – yet enjoy all the lustful inferences and edge-of-your-seat suspense.
Welcome to The Timeless Theater!
We're in the process of identifying which of our films are in the Public Domain, and offering these for sale on DVD.
​Please stay Tuned...!
Check out our new Film Noir Collection:
Coffee Mugs!
Phone Cases!
iPad Cases!
More coming soon!