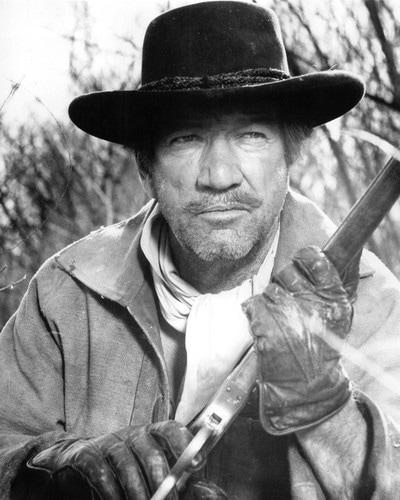 Richard Allen Boone was born in Los Angeles, California, to Cecile Lillian (Beckerman) and Kirk Etna Boone, a wealthy corporate lawyer. His maternal grandparents were Russian Jewish immigrants, while his father was descended from a brother of frontiersmen Daniel Boone and Squire Boone.

Richard was a college student, boxer, painter and oil-field laborer before ending up in the U.S. Navy during World War II. After the war he used the G.I. Bill to study acting with the Actor's Studio in New York. Serious and methodical, Boone debuted on Broadway in the play "Medea". Other plays followed, as did occasional TV work. In 1950 20th Century-Fox signed him to a contract and he made his screen debut in Halls of Montezuma (1951), playing a Marine officer. Tall and craggy, Boone was continually cast in a number of war and western movies. He also tackled roles such as Pontius Pilate in The Robe (1953) and a police detective in Vicki (1953). In 1954 he was cast as Dr. Konrad Styner in the pioneering medical series Medic (1954), which was a critical but not a ratings success. This role lasted for two years, but in the meantime, he continued to appear in westerns and war movies.

In 1957 he played Dr. Wright, who treats Elizabeth for her memory lapses, in Lizzie (1957). It was also in that year that Boone was cast in what is his best-known role, the cultured gunfighter Paladin in the highly regarded western series Have Gun - Will Travel (1957). Although a gun for hire, Paladin was usually a moral one, did the job and lived at the Hotel Carlton in San Francisco. Immensely popular, the show made Boone a star. The series lasted six years, and in addition to starring in it, Boone also directed some episodes. He still kept busy on the big screen during the series' run, appearing as Sam Houston in the John Wayne epic The Alamo (1960), and as a weary cavalry captain fighting Indians in A Thunder of Drums (1961). After Have Gun - Will Travel (1957) ended in 1963, Boone hosted a dramatic anthology series, The Richard Boone Show (1963), but it was not successful.

Boone moved to Hawaii for the next seven years. During this time he made a few Westerns, including the muscular Rio Conchos (1964), but he was largely absent from the screen. In the 1970s he moved to Florida, and resumed his film and TV career with a vengeance. In 1972 he again appeared on television in the Jack Webb-produced series Hec Ramsey (1972) (years before he had played a police captain in Webb's first "Dragnet" film, Dragnet (1954)). Based on a real man, Hec was a tough, grizzled old frontier sheriff at the turn of the 20th century who, late in life, has studied the newest scientific theories of crime detection. His new boss, a much younger man, doesn't always approve of Hec, his nonconformist style or his new methods. The series lasted for two years. Boone continued working until the end of the decade but died from throat cancer in 1981.

Available Films:
Trivia:
On a December 14, 1957, episode of Have Gun - Will Travel (1957), Boone found himself stripped to the waist by Apaches and bound spreadagle-style between four stakes driven into the ground. So vivid was this scene that leading men in other TV westerns soon found themselves in similar circumstances, most notably Robert Horton in Wagon Train (1957) Ralph Taeger in Hondo (1967) and Peter Brown and William Smith in Laredo (1965).

He directed the final scenes of The Night of the Following Day (1968) at the insistence of star Marlon Brando, as Brando could no longer tolerate what he considered the incompetence of director Hubert Cornfield. The film is generally considered the nadir of Brando's career, though it didn't hurt Boone, who was cast as the heavy.

His later career was seriously affected by his chronic alcoholism. He walked off the set of God's Gun (1976) before he had recorded his dialog. As a result his voice in the film had to be dubbed by someone else.

[about John Wayne] "He was an heroic figure and a hero. He stood up for causes when they weren't popular at all and he never hesitated to stand up and get counted, he was that kind of a person."

"Have I changed? Maybe success was necessary for me. I believe that unless I achieved it I would be a pretty miserable beast. Maybe I am a miserable beast. But now that I've got success, in some measure, I can decide what I want - and what I want, in a word, is to do the best work I can under the best possible conditions."
Explore the simpler time of yesteryear...
A time when men and women were truly glamorous. A time when you could watch any movie with your children and not have to worry about gratuitous sex or violence – yet enjoy all the lustful inferences and edge-of-your-seat suspense.
Welcome to The Timeless Theater!
We're in the process of identifying which of our films are in the Public Domain, and offering these for sale on DVD.
​Please stay Tuned...!
Check out our new Film Noir Collection:
Coffee Mugs!
Phone Cases!
iPad Cases!
More coming soon!