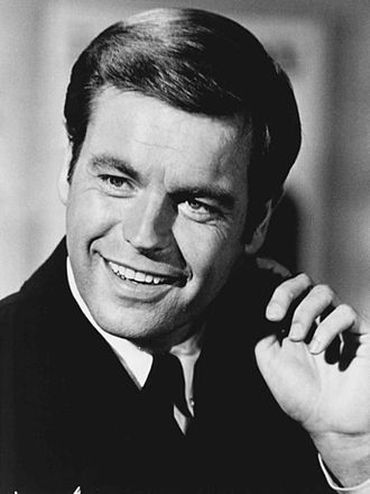 
One of the precious few actors of the "pretty boy" school to survive past the 1950s, Robert Wagner was the son of a Detroit steel executive. When his family moved to Los Angeles, Wagner's original intention of becoming a businessman took second place to his fascination with the film industry.

Thanks to his dad's connections, he was able to make regular visits to the big studios. Inevitably, a talent scout took notice of Wagner's boyish handsomeness, impressive physique, and easygoing charm. After making his unbilled screen debut in The Happy Years (1950), Wagner was signed by 20th Century Fox, which carefully built him up toward stardom. He played romantic leads with ease, but it wasn't until he essayed the two scene role of a shellshocked war veteran in With a Song in My Heart (1952) that studio executives recognized his potential as a dramatic actor.

He went on to play the title roles in Prince Valiant (1954) and The True Story of Jesse James (1956), and shocked his bobby-soxer fan following by effectively portraying a cold-blooded murderer in A Kiss Before Dying (1955). In the early '60s, however, Wagner suffered a series of personal and professional reverses. His "ideal" marriage to actress Natalie Wood had dissolved, and his film career skidded to a stop after The Pink Panther (1964). Two years of unemployment followed before Wagner made a respectable comeback as star of the lighthearted TV espionage series It Takes a Thief (1968-1970).

For the rest of his career, Wagner would enjoy his greatest success on TV, first in the mid-'70s series Switch, then opposite Stefanie Powers in the internationally popular Hart to Hart, which ran from 1979 through 1983 and has since been sporadically revived in TV-movie form (a 1986 series, Lime Street, was quickly canceled due to the tragic death of Wagner's young co-star, Savannah Smith). On the domestic front, Wagner was briefly wed to actress Marion Marshall before remarrying Natalie Wood in 1972; after Wood's death in 1981, Wagner found lasting happiness with his third wife, Jill St. John, a longtime friend and co-worker.

Considered one of Hollywood's nicest citizens, Robert Wagner has continued to successfully pursue a leading man career into his sixties; he has also launched a latter-day stage career, touring with his Hart to Hart co-star Stefanie Power in the "readers' theater" presentation Love Letters. He found success playing a henchman to Dr. Evil in the Austin Powers movies, and in 2007 he began playing Teddy, a recurring role on the hit CBS series Two and a Half Men.

Wagner's wife, Jill St. John starred in the James Bond film Diamonds Are Forever (1971) which also featured his late former wife's real-life sister, Lana Wood. During a photo shoot of former Bond Girls in 1999 for Vanity Fair magazine, an altercation occurred between Wood and St. John when photographer Annie Leibovitz asked for a picture of them together. Reportedly, St. John was so adamantly opposed to the idea that it reduced Wood to tears. Her publicist, however, said it was he who vetoed the photo because Wagner would prefer his present wife not be shot with his former sister-in-law.

After being submerged at one point in an industrial strength foaming agent during the bathtub scene in The Pink Panther (1963), went blind for four weeks. The studio wanted Wagner replaced, but director Blake Edwards stuck by him and he finished the picture.

Cooperated with Gavin Lambert (author of the novel and screenplay Inside Daisy Clover (1965) that starred Wagner's late wife Natalie Wood on Lambert's 2004 biography "Natalie Wood." A friend of Wood's, Lambert believed that Wood's memory was sullied by the tabloid headlines generated by her tragic death, with the result that no one remembers his friend as a human being, and so wrote the book to correct the public's misconceptions about Wood.

Became friends with Fred Astaire, long before he co-starred on It Takes a Thief (1968).

Had a long association with Eddie Albert, his co-star in Switch (1975), and who was said to be one of his childhood heroes.

His wife Jill St. John, his deceased former wife Natalie Wood, and his Hart to Hart (1979) co-star Stefanie Powers were childhood friends and attended ballet classes together as youngsters.

His acting mentor was the late Eddie Albert.

[on his daily routine with wife Jill St. John]: "We get up in the morning. I feed the birds. My wife feeds me. Together we feed the animals."

[When Natalie Wood began dating Warren Beatty]: "I wanted to kill that son of a bitch . . . I was hanging around outside his house with a gun, hoping he would walk out. I not only wanted to kill him, I was prepared to kill him." [A friend talked Wagner into going into psychoanalysis, instead.]

[on dating Elizabeth Taylor]: "It was like sticking an eggbeater in your brain."

[Of Eddie Albert]: "In almost all respects, he was an admirable man. But with his life experiences, Eddie wasn't fazed by things like stealing scenes, and he could be a bit devious and scratchy at times - about his character, his wardrobe, everything. Basically, he wanted to play both his part and mine, and sometimes he stole scenes for the hell of it. In his heart of hearts, he would have been very happy if 'Switch' had been called 'The Eddie Albert Show.' That said, I've always had affection for a theatrical rogue, and Eddie and I got along fine, mostly because if Eddie was going to steal scenes, so was I. Game on! For three years, we had a very pleasant competition."
Explore the simpler time of yesteryear...
A time when men and women were truly glamorous. A time when you could watch any movie with your children and not have to worry about gratuitous sex or violence – yet enjoy all the lustful inferences and edge-of-your-seat suspense.
Welcome to The Timeless Theater!
We're in the process of identifying which of our films are in the Public Domain, and offering these for sale on DVD.
​Please stay Tuned...!
Check out our new Film Noir Collection:
Coffee Mugs!
Phone Cases!
iPad Cases!
More coming soon!