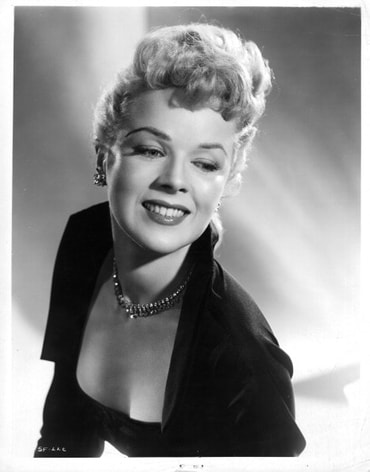 Sally's parents were both amateur ballroom dancers, so it was no surprise when Sally developed an interest in dancing. She entered dance classes by the first grade and was signed by MGM upon her graduation from high school.

In 1945, she moved with her parents to Hollywood, where Sally worked on the dances used in the films Till the Clouds Roll By (1946) and The Kissing Bandit (1948). Soon unemployed, she worked in small roles until she teamed with Ida Lupino, who was producing and directing small films at the time, and Sally was cast in the lead role of Not Wanted (1949). The picture was a critical and commercial success, and Sally also received critical acclaim for her role.

After appearing in a few more Lupino movies, including Never Fear (1949), Sally returned to MGM, where she was cast in movies with stars such as Boris Karloff and Red Skelton. When her husband, Milo O. Frank Jr., moved to New York, she went with him. There, she worked in summer stock and on Broadway in the stage play "The Seven Year Itch". Sally appeared in only a couple of movies after that, but she again worked with Ida Lupino in While the City Sleeps (1956).
Explore the simpler time of yesteryear...
A time when men and women were truly glamorous. A time when you could watch any movie with your children and not have to worry about gratuitous sex or violence – yet enjoy all the lustful inferences and edge-of-your-seat suspense.
Welcome to The Timeless Theater!
We're in the process of identifying which of our films are in the Public Domain, and offering these for sale on DVD.
​Please stay Tuned...!
Check out our new Film Noir Collection:
Coffee Mugs!
Phone Cases!
iPad Cases!
More coming soon!